The Davos of the real estate sector has once again been a marathon of meetings, seminars, and above all collaboration.

We’ve covered the gamut of the big issues facing property in 2017 with a jam-packed schedule, which saw us partner with key organisations including the British Property Federation (BPF). And we have learned a great deal at our villa Quai 21, this week.

If previous years are anything to go by, we’re excited to see the fruits of the collaboration that Mipim always sparks, and we thought we would give thanks to the many delegates who have joined us and everyone who has helped organise another hugely successful year.

One of the highlights of the week was the flagship seminar we co-hosted with the BPF on Wednesday, discussing the key issue of how Britain can remain relevant in the coming years of Brexit uncertainty with an all-star panel featuring Bill Hughes, head of real estate assets at Legal & General, Chris Grigg, chief executive of British Land, Jackie Sadek, chief executive of UK Regeneration and Sharon Quinlan, managing director of UK real estate at Barclays.

Taking in the #Mipim experience @AGinsight Leona Ahmed asks how can the UK steer through choppy waters? https://t.co/TdJrzobpgT

The suggestions didn’t necessarily make for easy listening. Construction must escape the sclerosis of being the UK’s third least technologically up to date industry, ahead of only farming and hunting, or as Mark Farmer warned: it faces death. Equally, though plenty of delegates have evangelised this week about the power of disruption, it’s something many are only willing to embrace selectively. We must shift to the focusing on the needs and wants of occupiers rather than investors: otherwise, we may start to find we have a far tougher time attracting them.

On Tuesday in an event run in collaboration with Cheshire Science Corridor and Marketing Cheshire, we learned of the potential for the Cheshire Science Corridor that spans from Chester through Liverpool, Warrington and Manchester to become the next ‘Golden Triangle’ of the North West. It’s an area that has many of the building blocks for success already in place: established tech and science giants, good places to live and a steady pipeline of skilled graduates from world-class universities. With Enterprise Zone status recently awarded and HS2 on the way, there’s little doubt that the area could rival the South’s own London-Cambridge-Oxford Golden Triangle in the near future.

Ahead of debate at #Mipim @AGinsight Lee Sheldon asks can Cheshire’s science corridor carve out a ‘golden triangle’? https://t.co/FI5OMH6NNu

On Tuesday we co-hosted a Wise Council seminar with KPMG and Savills on how councils can adjust to the growing need for them to become investors in real estate of their own. Funding pressures that have seen local authorities lose a third of their central government funding mean that many are now taking advantage of low interest rates and borrowing from the Public Works Loan Board to buy up income-producing assets of their own, such as shopping centres and office blocks.

Larger urban councils have been doing this for decades, but we focused on the importance of smaller councils partnering with those who have the expertise to maximise the income and regeneration potential of these assets, in order to avoid a downside many smaller authorities couldn’t handle.

The release of Savills data this week showing the UK’s industrial stock is at a modern low sparked another round of discussions on what can be done to build the sheds we need to meet our country’s booming e-commerce demand.

We co-hosted an event with Savills on their latest Megatrends report and our recently-published ‘How soon is now?’ report, which gathered a who’s who of developers, investors and occupiers to set out solutions to the growing problem of logistics space. 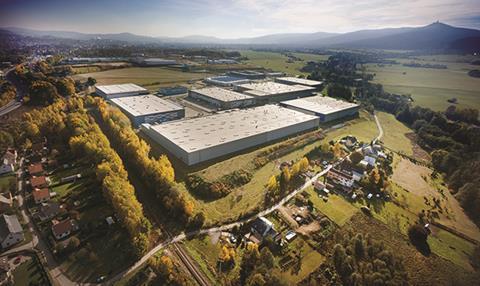 We need to build 18m sq ft of warehousing a year to meet this demand, but are only set to build a fifth of that in 2017. Without measures such as grant funding for brownfield land and exempting speculative developments from business rates until occupied, we’re unlikely to see much progress – which will mean higher costs for consumers.

We hope that we’ve given the councils, developers and investors who have joined us some food for thought in the sessions we’ve hosted and attended this week. If we don’t see you sooner – we look forward to seeing you next March.