Welcome to 2016, a US election year, and therefore appropriate to start with a quote from former US president, Franklin D Roosevelt: “Real estate cannot be lost or stolen, nor can it be carried away. Purchased with common sense, paid for in full and managed with reasonable care, it is about the safest investment in the world.” 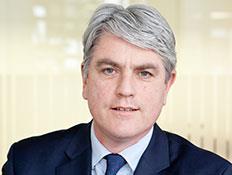 Roosevelt’s description is fitting. The past 12 months have been very positive for the quoted real estate sector, especially in comparison with the wider equity and bond markets. According to EPRA, global real estate delivered a total return of 11.5%, smashing the total returns delivered by global equities (1.5%) and global bonds (1.3%). Even over three, five, 10 and 20 years, global real estate has comfortably outperformed the wider equity and bond markets.

The table highlights the relative total shareholder returns (TSR) for companies with a market capitalisation in excess of £100m and whose portfolios are predominately UK focused. Once again, it is the sector-specialist companies that have outperformed.

Of the top 10 companies, three are retail focused, two are invested in self-storage, two are London specialists - one in student accommodation, another in residential - and just one is without sector specialisation. Interestingly, self-storage was the top-performing subsector both in the US and Europe in 2015.

There are two other interesting observations from the 2015 table. The first is that REITs occupy seven of the top 10 positions, outperforming non-REITs with a TSR of 17% versus non-REITs’ 15%, mainly due to the higher income returns that REITs generate.

The second is the performance differential between the large-cap real estate companies. Derwent London, with a market capitalisation of circa £4bn, delivered a TSR of 23%. In contrast, Land Securities and British Land delivered 3% and 4% respectively. Given the latter two are FTSE 100 members, it could be argued their performance drag is partially linked to the FTSE 100 being dominated by energy and commodity companies and those sectors have had a challenging year. Perhaps a more realistic reason is that Derwent London increased its dividends by 9% in 2015 versus lower increases from the other two and that investors are more cautious about the sustainability of yield shift. Whatever the explanation, Land Securities and British Land massively outperformed the FTSE 100, by circa 700bps and 800bps respectively.

Overall total returns have been falling over the last three years. If an investor bought a basket of shares available at the beginning of 2013 from the companies listed in the table, they would have been rewarded with a TSR of 39% that year. The same basket of shares delivered TSR in 2014 and 2015 of 30.5% and 15.8% respectively. So, in three years TSRs have reduced by 60%.

In respect of my own company, NewRiver, we were delighted to be in the top 10, delivering a 24% total return for our shareholders. This is especially pleasing given we raised circa £300m of new equity in 2015 while still delivering an 8% income return on top of our 16% share price return.

At the macro level, China, commodity prices, the threat of Brexit and the US election will continue to influence the capital markets.

In closing, here’s a strange thought for you: we may have a real estate guy in the White House. Donald Trump once said of real estate: “It’s tangible, it’s solid, it’s beautiful. It’s artistic, from my standpoint, and I just love real estate.”

Based on the 2015 results, investors should share his sentiment.