Architecture, planning and heritage are not always a happy mix

At a ceremony earlier this month in Lawn Road, Hampstead, an English Heritage ‘blue plaque’ was unveiled on the Isokon building, a 1934 modernist apartment block designed by Wells Coates. This now includes a museum devoted to the architecture of the period, created from garages as part of a retrofit of the block by Avanti Architects, under the indefatigable John Allan. 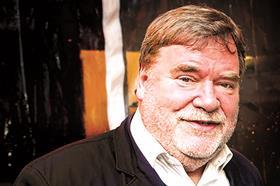 The plaque celebrates the life and work of three émigré residents of the block, who for a brief period in the mid-1930s all lived in what were then called the Lawn Road Flats: Walter Gropius, Marcel Breuer and László Moholy-Nagy, all leading lights in the Bauhaus architecture and design institute, who fled Germany after Hitler’s rise to power and the disbanding of the school. Their histories are remarkable and moving tributes from cultural and family representatives of the trio made for an emotional as well as a celebratory occasion.

For once, there was no clash between modernity and history; the Isokon building, which was almost demolished to make way for three humdrum municipal semi-towers proposed by Ken Livingstone, has become part of our heritage and is, one imagines, likely to remain so permanently. You had the feeling that provided it is old enough, the modern is acceptable to all.

The more contemporary the design approach, the more likely it is to raise conservationist hackles

In the same week, I visited the new Crossrail station at Paddington, courtesy of the architects Weston Williamson. Their extraordinary station, which in terms of scale and volume matches what we associate with the Victorians, has had to respond in heritage terms to the Brunel masterpiece, and it does so with panache. It is often the case that infrastructure design has an easier time of it in respect of heritage planning and policies; this is partly because major works are often the subject of parliamentary approvals, and partly because of a recognition that just as the Victorians imposed railway infrastructure, so we in turn have to do the same, whether dealing with stations, roads, sewerage or airports, even if controversial.

When it comes to buildings it is another story, and it sometimes seems as though the more contemporary the design approach, the more likely it is to raise conservationist hackles. There was always a group inside the old English Heritage which opposed the Norman Foster ‘Gherkin’, overruled by its then chairman Jocelyn Stevens. There was similar opposition to the Richard Rogers Lloyd’s building, and Renzo Piano’s Shard project. 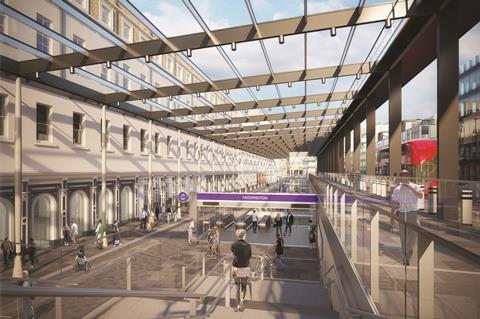 As for Paddington, Renzo Piano, widely regarded as one of the world’s greatest architects, has been treated by heritage advocates as an agent of the devil. Working with his Shard client, the late great Irvine Sellar, Renzo designed the ‘Paddington Pole’, a residential tower criticised for its height and for the (reasonable) prediction that it would be unoccupied most of the time, with apartments purchased by absentee investors.

So Irvine and Renzo reduced the height; changed the use to offices; incorporated rooftop public-access bars and restaurants; improved ground plane design and access; and continued to offer tens of millions of pounds to improve Underground platforms and circulation to Transport for London. Westminster liked it. The mayor liked it. The building would be full of office workers, convenient for Heathrow if necessary. Irvine pledged to build the project and secured funding despite the Brexit vote.

None of this was enough for the miserabilist antis. They opposed planning and lost. They demanded a public inquiry and were rejected. They took the secretary of state to the High Court and lost. At the time of writing they were in the Court of Appeal (for the second time in respect of this case) in an argument over whether the secretary of state was obliged to give reasons for his decision not to order public inquiry.

My prediction: the development will be built and 30 years from now a group of heritage worthies will demand that it be listed because of the architectural and historical significance of both building and architect. Opposition, acceptance then adulation: it has happened in respect of Centre Point, the Millbank Tower and the Barbican. Who is to say it won’t happen to the Paddington Cube? Or, for that matter, the Walkie-Talkie?