Brand London – how developers can use the story of the capital 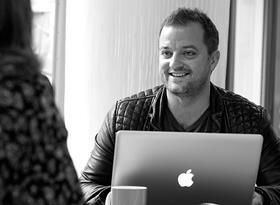 We think of transport links, local amenities and the potential for future price rises when in fact what matters to people is how they feel about a place and the history of a place is central to that feeling.

We create our own narratives and emotions around a place, based on our experiences of it. Yet many places have a story that exists independently of us. Take the proposed £300m Borough Market transformation announced this week. It looks at first glance as though the developers, who aim to bring back street names such as Dirty Street, will be fully embracing the wonderful local narrative of the area, which will surely be welcomed by visitors and locals alike who appreciate the distinct feel of the area. This shows a developer sensitive to the needs of the area; plus why create a new story when London offers the best back story?

There are few places with a story quite like London’s. For marketers looking to create emotion around products, these ready-made stories are a gift. They can spend a fortune associating their brands with a celebrity through an endorsement, or an event through sponsorship, or an attitude through advertising. Or they can find a way to link their brands to a place and tap into this rich, ready-made, free narrative. Look at how London Gin is doing this, or Rimmel with its ‘Get the London Look’ campaign.

This is a trick that too few property developers are using as well as they could. Ask most of them and they will tell you that they do understand it, that placemaking matters to them and that they do indeed create properties rooted in the local area. Yet a simple trip to most new builds in London will prove this is not the case. Most new buildings in London could be picked up and moved to a totally different area in the capital without any effect. Imagine it with a new build in your area. What difference would it make if it were picked up and placed in a different postcode? The name might need to change, but little else.

This is such a waste. Simply by bringing in some of the local culture, art or design from the area, they would begin to stand out, to become part of the narrative of the area, to matter. For many of them, the key is the ground-floor retail area. A new, somewhat uninspiring narrative of our capital is forming around the bland supermarkets and coffee chains that seem to make up the ground floor of every new development. How much would a new build stand out if it made a conscious attempt to recreate the London high road of not so many years ago with its independent shops, street traders and local characters? 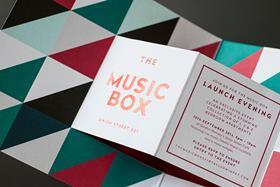 Look at what Music Box achieved. A new build in Southwark, it embraced the narrative of its locality with the theme of ‘Alive with Culture’. It aligned all of its architecture, retail space and marketing activities around this central theme.

So the architectural design subtly incorporated elements of music: the fins on the building represent piano keys and the red lighting around the lower part of the building are the notes for Cream’s ‘White Room’ song if it was played on an old-fashioned music box. The retail space eschewed the obvious and instead became the new home of the London Centre of Contemporary Music.

We aligned their product brand and marketing activity to highlight this bold immersion with the local narrative. Instead of the usual dry launch, we tied up a partnership with Gordon Ramsay’s Union Street Café across the road. At this event, we had videos playing on the walls of the local culture, videos of the architect speaking about the design and how it was relevant to the local area and a performance from the Submotion Orchestra.

The Music Box has in a short time become an important part of the area’s narrative. It has done this by understanding the existing narrative and by finding clever, sympathetic ways to join, reflect and enhance that story. The end result is that it would look wrong if you picked it up and moved it somewhere else.

At a recent event we held to discuss Brand London, a theme that emerged strongly was that participants did not want their city to turn into Dubai on Thames. We Londoners know our city and its narrative. We rail against the deadening hand of homogeneity and will embrace the developers that are smart enough to recognise this desire and brave enough to act on it.