BTR has a key role in levelling up

Levelling up will be a major theme for real estate in the next decade, whichever government is in power. 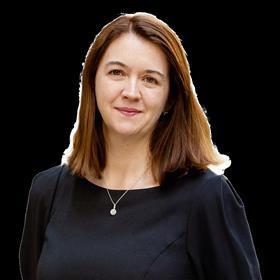 The Conservatives are committed to the agenda and Labour, if elected, are unlikely to want to let down the Red Wall voters who have paved their way back to government.

At its heart, levelling up is about rejuvenating town and city centres, with people tired of seeing boarded-up shops and soulless empty properties where they would rather see thriving hubs that make them proud of where they live.

Andy Haldane, the outgoing head of the government’s Levelling Up Taskforce, told the Financial Times in March, before relinquishing his six-month role, that the cost-of-living crisis had in recent weeks escalated the need for levelling up even more.

“The cost of everything – including borrowing, energy, goods, services, people – has gone up,” he noted. “It’s going to make the levelling-up goals harder to achieve and even more important to achieve.”

With the build-to-rent (BTR)sector growing rapidly across Britain – the latest BPF statistics show there are now 212,177 BTR homes in the UK, of which 70,785 are complete, 42,119 are under construction and 99,273 are in planning – I believe the sector has a crucial role to play in levelling up.

This is because at its best, BTR can create vibrant neighbourhoods that represent the very best in mixed-use development.

Of course, one of the likely sources of sites that will make sense for new residential development across the UK will be our traditional retail town centres, some of which require investment and reinvigorating. Creating high-quality homes, conveniently located close to transport, commerce and retail services, is an opportunity to bring in new neighbours, build strong communities and create more sustainable town centres. 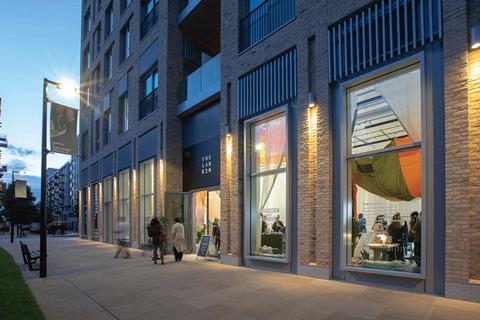 Success depends on partnerships with key stakeholders, listening and learning and delivering for residents and communities – skills I know our industry has in abundance and can be deployed to support the levelling-up agenda.

For example, since joining Get Living, which owns and manages large, mixed-use neighbourhoods at London’s East Village, Elephant & Castle and Manchester, with more to come in Lewisham, Glasgow and Leeds, it quickly became clear to me that retail and placemaking skillsets can drive real differentiation in BTR assets.

Having a secure, long-term income stream from BTR allows us to carefully curate our retail offer, backing independent retailers such as the family-owned Italian artisan bakery Signorelli based at East Village, which will soon be growing its presence with a second location in the neighbourhood.

I know that Get Living’s BTR residents want a high-quality, well-designed and finished apartment but they also want to live in a location with great facilities such as convenience stores, schools and the best bars and restaurants on their doorstep.

But it is also important for BTR – and for the future of our towns and cities as they seek to level up – to go a step further and think of even more creative ideas that aren’t just focused on retail and leisure.

The genesis for Get Living’s thinking on this was research we commissioned from the Creative Land Trust and Creative Estuary, which shows that residential values for creative clusters have outperformed the London average by 4.4% over 10 years.

So, drawing on that principle, in July last year, we teamed up with the award-winning pioneer of responsible design Christopher Raeburn to create ‘The Lab E20’ (pictured), which is an experiential space for culture, creativity and community.

Unlike most ‘meanwhile’ or community accommodation offered by developers, our emphasis was on creating attractive, flexible, well-designed space that would appeal to the discerning London creative industries.

Happily, this investment has paid off and The Lab E20 has appealed to creatives who may never otherwise have ventured into East Village, as well as local community groups and schools – creating a whole new level of participation in the neighbourhood. Equally, it has served as a retail space, flexing to house a Christmas market and bringing a unique Corner and Hole pop-up shop to East Village.

As the levelling-up agenda will open up opportunities and support for some exciting town centre residential-led development projects, I see great opportunity not only for new neighbourhood retail concepts, but also for flexible, well-designed cultural and creative spaces that connect and support strong communities.

Ailish Christian-West is executive director, portfolio management, development and ESG, at Get Living