Clouds are gathering, but there are reasons to be upbeat

A good barometer of the property market is how hard it is to get agents on the phone: the better the market, the more elusive they are. 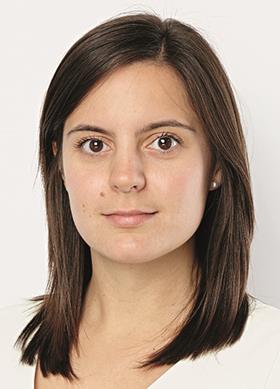 But agents I’ve spoken to in the last couple of weeks have been worryingly free to talk - yet they haven’t got a lot to talk about.

Very little high-value stock has come on to the market since Christmas, and what has been knocking around has been slower to sell than many expected. A couple of major sales expected in the first quarter are yet to materialise.

There has been the odd decent deal - Brookfield’s planned £420m acquisition of Avenue Capital’s UK portfolio, as revealed by Property Week last week, is not insignificant - but the office market in particular has noticeably slowed.

Despite the fact that we’ve still got another four months to go, the debate over whether the UK leaves the European Union has reached fever pitch, and this has had a knock-on effect on the UK’s already fragile economy. The question is, will the impact be regulated - or can the property market capitalise?

At the end of February, the pound suffered its worst week since the financial crisis, falling to less than $1.39. Last week, analysts at Deutsche Bank warned that the value of the pound could fall a further 8% by the end of the year, to €1.28, its lowest level since 1985, and could weaken even further if Britain leaves the EU.

Increasingly gloomy talk about the impact of a potential Brexit has got investors in a fluster, and many won’t make a move until they understand the market they’re dealing with.

Fears the market is looking toppy aren’t going away. Investors selling now might do better in a year’s time, but they might not. Some say the market has another two years of growth; others say it is more like six months. In the meantime, not much is coming to the market.

But bear with me while I suggest some potential silver linings to these clouds: a lower value of the pound to the dollar could cause US investors to pile into the UK’s property market while the exchange rate is favourable. The likes of Blackstone, Pramerica Real Estate Investors or Perella Weinberg Partners have been prolific in recent years, and could continue to be.

On the other side of the world, China’s wobbles are causing Asian funds to look to move money out of the region and into safer economies, and while the UK isn’t looking particularly hot, and the impact of a Brexit is largely unknown, in the long term it can be relied upon to right itself.

One agent told me this week about a meeting he had with an Asian investor who was so desperate to get his money into the UK market, he had no conditions for a set rate of return.

Added to that, pension funds are beginning to shift out of traditional equity investments and into property, which generally offers better protection from market volatility and better returns - a condition that becomes more pertinent by the day.

This silver lining is predicated on one major factor: that the supply is there for investors to buy. Perhaps the market is quiet because everyone is storing up their mega-deals for Mipim. There is, after all, nothing like strolling down the Croisette knowing you’ve got an absolute gem to offer to circling investors, and there are plenty of them about.

No doubt Brexit and the economy will be dominating topics at the annual property knees-up - I mean, conference. That’s unless we’re all fed up with it by then, of course. In the meantime, the UK property market should be doing all it can to show investors the bright side of the gathering clouds.

Rhiannon Bury is a business reporter at The Telegraph