Dealing with the fallout from the Greece crisis

With the situation in Greece reaching boiling point, the key question for the European investment world at the moment appears to be how the Greek tragedy will play out and what effect it will have on the rest of Europe. 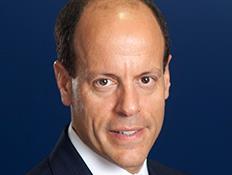 Putting Greece aside for a moment, European economies have returned to growth. This has largely been driven by the return to liquidity, prompted by the actions of the European Central Bank (ECB) and the various lending institutions within each market. This return to liquidity has been very beneficial across most industries generally, and, lately, specifically real estate. Within this more liquid environment, structural reforms continue to be implemented across Europe, bolstering economic health, as best illustrated by Spain.

This liquidity is key to Europe’s ongoing recovery. Any event that may impact it before European growth solidifies, or other markets improve, would be a significant issue.

The potential impact of the current situation in Greece is far less than it would have been a few years ago when Europe was much less stable. It is clear that Greece needs to address its debt and that one way or another its fiscal situation will have to be resolved.

With the ECB playing an active role in stabilising the markets, we see liquidity being maintained as money flows within Europe as opposed to leaving it. Looking at the 10-year bonds in the week following the ‘no’ vote compared with the previous Monday, it was clear that money was moving away from Greece into the safe-haven markets of Europe; in effect, a rotation and not a flight outside Europe altogether. Yields continue to fall and the demand for safe-haven assets, particularly yielding assets in western Europe, has increased, and most likely will continue to increase.

The bigger challenge that may manifest itself in the current market is uncertainty. I have already spoken to senior individuals at certain major banks who are not making any significant investment decisions within Europe until there is more clarity on how the Greek situation will play out. Liquidity is directly impacted when investors choose to ‘wait and see’ and, in the short term, within the property market this may impact financing of opportunities, as well as sales and purchases of investments.

With respect to the western European markets that we focus on, we have not yet seen any material effect from the Greek crisis. In fact, the opportunities that are in the process of being sold continue to see active interest, if not more so, and the situation in Greece does not seem to be a lever for investors to negotiate prices downwards.

Certainly, Greece represents a risk, but the real negative effect on the European economy is more likely to come from the process by which the situation there is resolved rather than the outcome itself. The seemingly endless deadlines and uncertainty are likely to lead to slower decision-making, and Greece’s smearing of Germany in the media might also have an enduring impact on international relations across Europe.

Perhaps more worrying, apart from anything because of the lack of attention they have had from global investors, is the fact that - aside from the situation in Russia remaining a concern and the US economy not being as strong as it should be - the stock market in China (which has an economy around 20 times the size of Greece’s) has fallen more than 30% in recent weeks.

We have not yet felt any impact of this correction, but we certainly expect a material change of capital flows, already expressed to us by Asian sovereign wealth funds. How this movement will impact the prices of trophy-yielding assets, central London residential and other markets that have benefited from the significant influx of Chinese capital, remains to be seen.