On 5 October 2015, the Chancellor restated the Conservative Party’s commitment to a ‘devolution revolution’. 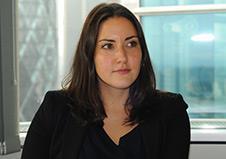 We consider the scope and efficacy of the powers devolved as regards planning and, whether by reference to the approach adopted in Manchester, devolution really will give ‘power to the people’ or is an attempt to reintroduce regional strategies by the back door.

Manchester is at the forefront of Mr Osborne’s revolution. Pending the election of its mayor in 2017, an interim appointment has been made to chair the Greater Manchester Combined Authority (“GMCA”) and allocate responsibilities to a cabinet made up of delegates from each of the 10 Greater Manchester constituent councils.

Central to the devolution deals with both Manchester and Sheffield is the power afforded to regions to set the spatial planning framework. According to the GMCA its purpose will be to‘identify future housing and land requirements’for the next 20 years. This sounds all too familiar when read against the justification for Regional Strategies originally used by the Department for Communities and Local Government:‘the need to coordinate some planning issues… above district and county level and to set targets for growth including housing delivery’.

The Government’s decision to abolish Regional Strategies was predicated on the basis that it considered there to be clear evidence that‘they did not work. They were also criticised for being prepared by unelected, unaccountable bodies that imposed housing targets that antagoniseecpd communities.

Assuming the Cities and Local Government Devolution Bill passes; the Greater Manchester Spatial Framework (“GMSF”) will be the responsibility of the elected mayor. However, it will require the unanimous approval of the GMCA cabinet to give effect to its proposals. There is, therefore, the potential for just 1 of the 10 Greater Manchester authorities to halt or (at the very least) significantly delay the implementation of the GMSF.

Uniquely, the GMCA has been an entity since April 2011, building on 25 years of collaboration. If Greater Manchester cannot come together with one voice on spatial planning matters, there is little hope of more fragmented multi-council entities finding a single, authoritative voice.

A further concern is how the creation of a spatial framework will accord with the localism agenda. The consultation responses to the GMSF published in January 2015 are critical of the its proposal to deliver approximately 10,700 homes per annum in the GMCA area. To the contrary, there was a broad consensus in the responses that this figure ought to be closer to 15,000 dwellings.

Should the GMSF impose a higher target there is a potential for local authorities and people to perceive a marked return to top-down housing targets.

Rather than a ‘devolution revolution’, giving power to city-regions ought to be seen as a process and not an event. By the end of next year, the draft GMSF could be subject to its examination in public. All eyes will be on Manchester to see if Mr Osborne’s promise to bring people closer to decision-making has become a reality.

Laura Nation is an associate at Clyde & Co