Don’t let capacity concerns get in the way of progress

With all the excitement of the election campaign, politicians could be forgiven for missing a prediction by the Royal Institution of Chartered Surveyors in a report entitled, ‘Will 2019 be the year the UK stops building?’ 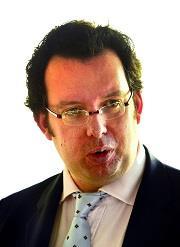 This question wasn’t prompted by a manifesto but by a survey of its members that found most were refusing work because of capacity concerns. It echoes warnings that a shortage of talent is a threat to residential’s resurgence. Indeed, the Commission for Employment and Skills has estimated the construction sector must attract one million recruits to keep pace with demand.

This poses a question: if the government sorted everything to get more homes built, would the industry be capable of doubling output? At the moment, there must be serious doubts. So how do we fix it and whose responsibility is it? Here the industry itself needs to step up.

This doesn’t just mean recruiting more talent. It means rethinking how we build homes. Construction innovation within residential has happened, but advances have been shy. Why? Early innovations weren’t always quicker or cheaper and there have been some bad experiences. Basic structural issues can deter standardisation. Perceptions among lenders, insurers and consumers need work.

But the dynamics are changing. For a long time, the UK’s comparatively high construction costs have caused concern. Further, the need for early returns on the up-front investment demanded by London’s large schemes is making the speed and efficiency of off-site attractive. Without addressing build costs, delivering the homes London needs will, coupled with recent rises in land values, place even greater pressure on affordability. This all means reform is now required rather than desired.

The industry, supported by government at all levels, should set itself the challenge to build 40% quicker and 20% cheaper. There are signs this will happen with a range of systems being pioneered. Barratt wants a third of output off-site by 2020. Travel to the Nottinghamshire border and you can witness hoppers zooming around at Laing O’Rourke’s factory as if part of a Star Wars production, with rebar-laced cement panels precision-made in minutes all year round. In addition, the more gender-balanced labour force can be retained for longer working in a safer, indoor environment. They are all producing well-designed, quality product.

London government is supporting the 40:20 challenge with the GLA asking its 60 development partners to innovate, offering a premium on grant rates to housing associations that adopt it, using our land holdings to showcase different construction methods.

The UK should be a world leader in off-site manufacture. To achieve this requires a culture change among developers, in particular developing trust to engage the manufacturers early in the design process. Perhaps the biggest driver of innovation could be the emergence of a new client, in the form of the purpose-built rented market. This sector’s reliance on a revenue stream and long-term ownership will place greater emphasis on speed and lifecycle costs, which should encourage innovation.

In London, the build-for-rent market has received a further boost through new supplementary planning guidance that encourages the tenure. The mayor’s policy promotes the use of a covenant to secure developments as rented for a defined period when taking account of the viability of the tenure in public land deals and Section 106 negotiations. It also suggests the use of intermediate rent, potentially owned and managed by the same landlord as the build-to-rent, as an alternative tenure to be considered in affordable housing negotiations.