First 100 days of a Conservative government – a planner’s review

What a feeling for David Cameron on the morning of 8 May. Overnight a sea of ‘shy’ blue votes transformed an election anticipated to be the closest in British history, leaving the Conservatives with a narrow but workable majority. 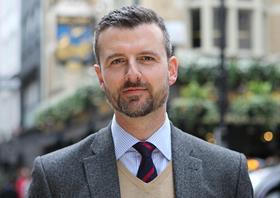 On balance, the industry welcomed the election result, hoping that consistency in economic policy (and by association, town planning policy) would increase the prospects of unlocking the residential development backlog required to resolve our housing crisis – albeit it was far from an unqualified endorsement.

With Europe dominating the agenda for the first half of the political cycle and the power of Cameron’s majority likely to wane over the course of the next five years, we understood that the first 100 days of this government would pave the way for the necessary measures. Any policies not put into action during this time were unlikely to be a priority, or even materialise.

The appointment of Greg Clark as communities secretary was in many respects an obvious decision. During the last parliament we saw that waving a stick at local authorities for poor performance, all of which had been cut to ribbons, simply didn’t work. A more conciliatory approach is required, and Clark for Pickles has more than a whiff of Nicky Morgan’s previous replacement of Michael Gove in education.

However, Clark’s deft touch for devolution is unlikely to address the strategic deficiencies of this government’s approach to planning. He has already repeated the error of his predecessor in putting himself in the position of having to make secretary of state decisions when his planning inspectorate is more than capable of doing so instead.

Unfortunately, a decision to stay with the centrepiece of the Tory manifesto - the much-maligned Right to Buy rehash – showed the government was prepared to put short-term, Treasury-led policies above sustainable, long-term solutions. The negative response from housing associations was predictable because it was entirely obvious – to professional commentators and the general public alike. Ineffective demand-side policies will not solve a supply crisis. The government will have to do more to convince the industry that it is prepared to make difficult decisions.

The post-Budget announcement did little to fill the industry with confidence. The chancellor’s commitment to “an urban planning revolution” on brownfield sites is mundane, and a repeat of every other government of the past 15 years. There is consensus among planners that solving the housing crisis on brownfield land alone is not possible. The fact that George Osborne packaged a recommitment to the green belt alongside a series of planning reforms earlier this month suggests that an urban planning revolution (if such a thing is capable of existing) is his offer of a consolation prize for failing to address the housing crisis.

Tomorrow is the 100th day and the reality is that time is already running out to deliver the policies we need to address our housing crisis. Perhaps the most significant decision so far has ironically not been made by the Department for Communities and Local Government or the Treasury but by the High Court, which ruled recently that a policy to exempt small developments from affordable housing contributions and the controversial vacant building credit should be removed from the government’s national planning practice guidance.Policies need to be crafted, consulted and implemented in the right way, and they need to be made for the long term to be effective.