As a young person living and working in London, the prospect of owning my own home in the capital seems as far away as taking my flying car for a spin. 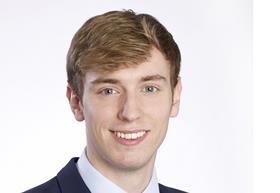 By Andrew Davis of Instinctif

This isn’t a problem limited only to London – the national average age of a first-time buyer rose from 25 in 1969 to 36 in 2014 – but it is felt more acutely in the capital than anywhere else in the country.

It’s easy to blame the short-sighted Millennial, complaining about the costs of buying a house when it’s actually a self-inflicted consequence of buying flat whites and avocado toast. But the very real barriers to first-time buyers are hard to ignore. Yet, it’s impossible to deny that many current homeowners and politicians have benefitted from house prices movements, Right to Buy council houses, and in many instances have accumulated a vast amount of property wealth simply by buying at the right time.

It’s no wonder therefore that the issue of housing has become key manifesto fodder across the political spectrum, with all parties trying to win over young voters by pledging to tackle the housing crisis. In the most recent Budget, the Conservative government promised to build 300,000 homes per year but as things currently stand it’s hard to see this ever being met.

The current planning system in the UK is incredibly bureaucratic, a massive obstacle for housebuilders of all sizes. A NIMBY attitude to new homes is pitting local councillors – who control planning – against the government’s own housing ambitions, including Conservative-led councils that are obstructing their own party’s national targets. With local elections on 3 May the planning system is once again slowing the pace of housing delivery, as developers delay submissions to avoid schemes being held to ransom by councillors who need the support of existing local voters.

Whilst it’s easy for me to stand on my soapbox and complain, it’s harder to come up with potential solutions. Green belt protection stirs up a lot of passion across the country and is a common objection to developments being built. However, it’s important to recognise that not all green belt land is an area of outstanding natural beauty and in some cases sensitively developing a scruffy piece of land can make it more attractive, more biodiverse and accessible to the public. For context, there is enough green belt land solely within the confines of Greater London – 32,500 hectares – to build 1.6 million houses at average densities. 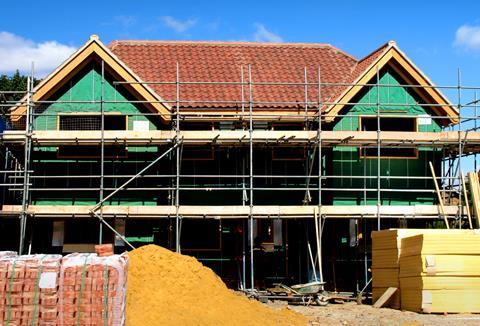 Developing on brownfield land is less controversial and could deliver 1.4 million more homes in London alone. The difficulty is that around 300,000 hectares of UK soil are contaminated as a result of industry. This restricts the use of brownfield land for development due to the significant upfront costs encountered by the developer. Unsurprisingly, London is one of the worst affected areas.

The trouble with this data and other insights is that they are often out of date and compiled irregularly, making it difficult to understand the scale of the current problem. This may change as housing becomes an increasingly prevalent issue but the challenge of sourcing contemporary and reliable data remains. What the data demonstrates however is that in theory combining the green belt land and brownfield sites available in Greater London alone could together result in an extra 3 million homes – in other words, matching the government’s target of 300,000 homes a year over the next decade.

In order for ambitious housing targets to be met there needs to be greater symbiosis between local councils and the Government. This may be more achievable with changes to planning regulations that make it easier to build on otherwise unattractive and unused land, coupled with necessary measures to ensure councillors reflect the younger demographic, have a grasp of the planning system and are discouraged from holding developments to ransom for their own political gain.

And for the record, I don’t even like coffee or avocados.