How property innovators are responding to the office rent crisis

The city skyline can change at a fast pace, but it is the office dynamics that are changing at unprecedented speeds. The challenge is to understand what this means for businesses of the future. 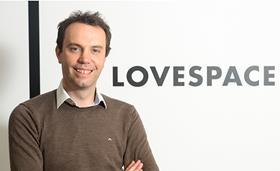 Construction across the country never seems to cease, with a 7.9 per cent year-on-year rise in new starts in non-residential construction in the first quarter of this year. But some businesses feel that soaring rental costs for commercial property, particularly in central London, still equate to a tax on growth.

There is little sign of prices dropping. As the RICS predicts, the rise in commercial rental costs in London is set to continue over the coming 12 months, with value increases expected to rise by another 10 per cent some time in the year to come.

Businesses are very conscious of the cost of space. In Workspace’s latest research, almost half of the 1,000 new and growing businesses surveyed by the shared workplace provider rated affordability of space as the biggest concern when choosing where to locate their business – before transport links and IT infrastructure. For a growing business, working capital is key and a growing office might mean a change of office, the cost of which could be seen as prohibitive.

And with the major inconvenience and disruption this brings comes a range of significant one-off costs in administration and logistics. The sacrifices to be made in the name of business growth look increasingly undesirable.

But a growing business does not have to sacrifice its growth ambitions to find the right space to operate, particularly at the rate at which working life is changing.

From the emergence of open-plan offices to the development of co-working spaces, cloud storage platforms such as Dropbox and in-house communications platforms such as Slack, there are enormous changes in the way we are working today.

The development of wireless broadband has no doubt greatly contributed to this workplace revolution.

But it has taken bold digital entrepreneurs and imaginative, innovative thinkers to build the platforms, online and offline, that allow businesses to fix their operational problems without moving office and house their business in whole new ways.

London has led the way in the development of a new way of working. Innovators such as Rohan Silva, who co-founded the elite Tech City co-working space ‘Second Home’ and his fellow entrepreneurs Tom Watson and Tushar Agarwal, who together established the workplace network ‘Hubble’, all call London home. Property adviser DTZ estimates that there are 816 such spaces in London, more than there are in any other urban setting in the world.

Similarly, at LOVESPACE, we have noticed a sharp increase in the number of small businesses using our pay-by-the-box storage services, as they seek a way to outsource their operations and use the office space they can access to grow their team, rather than for storing equipment or archive files.

With our latest data on how small businesses are using our storage services, we estimate that businesses in London alone could be wasting up to £850m on badly utilised or wasted space.

However, we are eager not to paint a bleak image. High rents are typical of every major urban business district, but that has not stifled growth nor has it put people off starting up, as the last five years saw a record rise in new small firms recorded by Companies House.

The good news for growing businesses or budding entrepreneurs is that high rent does not need to be a limiting factor for their growth ambitions. The UK’s new breed of property entrepreneurs is looking to solve the issue of expensive office space by managing the burgeoning ‘demand’ side of the commercial property equation.

Gone are the days of inefficient, low-tech offices. They are replaced with smaller, more efficient, high-tech spaces, allowing growing businesses to save on rent, freeing up their cashflow to concentrate on more important business activities.

Statistics show that smaller businesses account for 99 per cent of all businesses in the UK. Their growth is vital to the UK economy and we need to ensure they are not stifled by the cost of office space.