Property’s focus in the election campaign has so far been on the housing agenda - but this is largely misplaced. 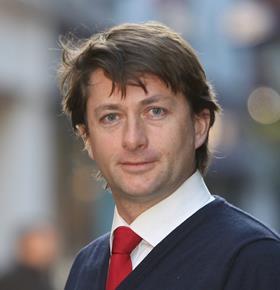 Infrastructure and employment are the real drivers of economic growth, supported by housing, not the other way round.

When I arrived in London 25 years ago, I was one of the few people who could still muster any enthusiasm for the capital. The poll tax riots were imminent, the number of homeless people was growing, and the 1980s yuppie boom was a fast-receding memory.

Internationally, London was considered a historic city in decline.

The City and West End were the dominant employment areas and Docklands became a third presence as we entered the 2000s. Docklands’ growth forced the City into relaxing regulations like plot ratio (the equation through which it calculated how much could be built on a site) and the last five to 10 years has seen a dramatic further expansion of development ambition across the capital.

The emergence of Docklands was greatly supported by the investment in the Jubilee Line. But more recently, we have seen the less-anticipated impact of the overground railway on areas previously entirely ignored by developers. The emergence of the ‘Creative Crescent’ from Dalston to Haggerston, Hoxton, Shoreditch, Wapping and Peckham linked by the overground was anticipated by virtually nobody in the property sector, yet it now provides more employment growth than almost any other area.

It is hard to overstress the importance of infrastructure investment on London’s property market. Crossrail has already fundamentally changed the London dynamic and it doesn’t open for nearly four years. Suddenly, areas such as Silvertown in the Royal Docks have become genuine options for businesses looking for a convenient location for central London but without the financial burden.

What were historically staging posts on the way to the City or the West End have become destinations in their own right. The impact has been to completely decentralise the capital’s property market both from an employment and a residential perspective, and to change how people think of the city itself.

The next challenges will focus on commuting and placemaking. By 2030, Millennials will make up 75% of the global workforce. Having grown up expecting instant access and choice, they are unlikely to settle for long commutes and bland suburbia. Places like Brighton, with easy access into new London employment hubs, will attract a new wave of lifestyle-conscious employees.

At Stratford and King’s Cross, the mix of employment, leisure and living is crucial. New locations such as Old Oak Common and the Royal Docks need to provide the same combination.

Meanwhile, successful existing locations need to ensure their offer remains compelling. An unintended consequence of the government’s well-meaning permitted development legislation may be a reduction in the character of some traditional mixed-use hotspots.

There are clearly crucial residential supply issues for the next government and mayor for London to address, such as land banking, planning and housing zones, but let’s not forget that housing is there to support employment growth. Housing doesn’t create regeneration: employment does.

And employment cannot thrive without increased emphasis on infrastructure. London’s success since my wide-eyed arrival in 1990 is testament to that.

Barry Jessup is director at First Base