Mipim 2018: no sinking feeling for Manchester at Mipim

It’s a test of character, how you react in the face of adversity – will you sink or swim? When the beach-level Manchester Pavilion at Mipim in Cannes got flooded on Tuesday, the Manchester delegation chose to swim. 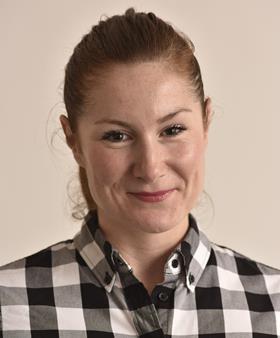 Hats off to the team that held its nerve and seamlessly relocated inside the Palais determined to show the world what Manchester has to offer. And it’s not just an opportunity to showcase Manchester City Centre (MCC), the jewel in the crown. There’s real camaraderie among the cities and towns making up Greater Manchester.

Salford’s mayor Paul Dennett joined a panel discussing the city’s new neighbourhood and took time out to speak to me about the £800m investment opportunity. I’ll admit that he wouldn’t be drawn on competing for talent, businesses and residents with his neighbour and rival Manchester. He instead said the two cities had different experiences to offer. Preston too showed its support for MCC. Former cricket star and Preston lad Andrew Flintoff, now director of development company Logik, told me how everyone in the Manchester delegation was working towards the same goal: for Manchester to keep doing better.

The city’s fringes are also doing their bit, not just to promote themselves but to support the bigger Manchester picture. Abu Dhabi United Group, owner of Man City Football Club, wants to give Mancunians who live outside east Manchester a reason to go there, strengthening the connection with the outlying area and the main city, which has, in the past, been judged as fractious. 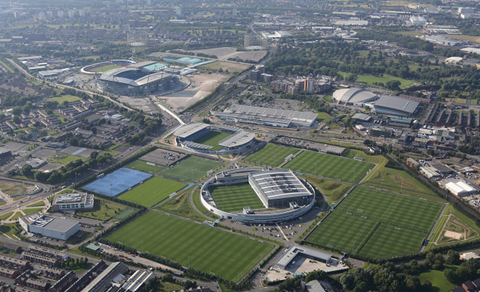 The Abu Dhabi team wants to bring the land surrounding the club in east Manchester to life not just with sports, an obvious choice for the area, but with activities appealing to Mancunians of any age, sporty or not.

At the Manchester dinner last night, in the reopened and dried-out pavilion on the beach, the Greater Manchester teams celebrated the successes of the first day together, which I think sums up the region pretty well. Their event struck the right tone.

LIVE #MIPIM2018: @GNev2 Gary Neville "The regeneration of a complete zone of Trafford became absolutely compelling for us & something we didn't expect when we embarked on the project" @mcrMIPIM

No lavish champagne-fuelled showing off, but decent beer, good food and some heated-but-good-natured Brexit chat (at our table anyway) and the never-gets-old, Mancs-versus-Scousers debate. What can be agreed on, though, is that while MCC may be the flagship for Greater Manchester’s commercial and residential success, it wouldn’t be as diverse, as colourful and, well, as Manchester without the likes of Rochdale, Preston, Oldham and Salford. Great first day. Looking forward to the rest.