Mipim blog: we must give the world the infrastructure it needs

This was my 18th Mipim. I have officially reached the age of Mipim majority. When I first strolled the Croisette, my oldest son could fit into a 20cm giraffe-print Babygro. Now he’s over 6ft tall and doesn’t even fit on the sofa. 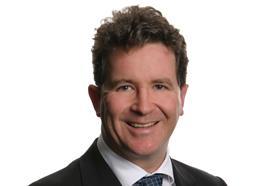 Mipim makes your children grow. It also makes you grow. I weighed 12 stone for my maiden Mipim voyage. It has been scientifically proven (by an annual sample of 27,000 surveyors) that each Mipim means an extra stone in weight. So I now weigh 30 stone, but can tell you a lot about the property markets. I am not sure my wife thinks that’s a good trade.

But that’s enough of À la Recherche du Mipims Perdu (see what I did there?). What was the Mipim mood like this Brexity year? It was serious, restrained and stoic (particularly about the dumb things politicians do). Any mention of Brexit was welcomed like a stink bomb in a mini. The consensus view seemed to be: ‘Please end this political clown show and just give us the certainty of some sort of deal. We can then hopefully put Brexit behind us, like an embarrassing and pointless pub row, and get on with doing some real estate.’

A few people were predicting a crash, but this is where my knowledge of Mipims past helps. I have seen three Mipim property cycles come and go like the white sand on Cannes’ beach (re-sprayed every year to cover the grey pebbles underneath).

Pre-crash Mipims have classic bubble symptoms: hubris, excess, surging crowds and a Stepford consensus it will all last forever. Take the weirdest, most frantic and wild-south Mipim of all time – 2007. That year, one billionaire property family ferried their entourage around in 41 (count them and weep) black jeeps with mirror windows. They also threw a party on their oligarch-sized Sun Seeker, which Mipim fable says made the fall of the Roman Empire seem like a wet Sunday in Mabel’s Old Tea Shop. 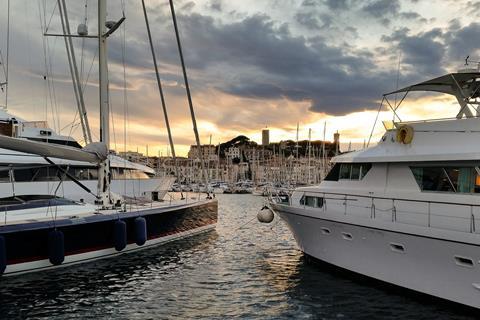 There were no sinister peak-market symptoms at Mipim this year. Instead, there was a renewed focus on social purpose, transnational and diversified investments and the need to invest behind the drivers of economic growth and especially the infrastructure that supports them.

Infrastructure is the blood system of the economic body. Without it, you have nothing but isolated, unhoused and disconnected people. At our thought-leadership brunch, there was general agreement that the West is losing the infrastructure war. Just go to Hong Kong (as my Asia-focused partner Lee Jackson and I do every year) and marvel at the Shenzhen bullet train and the Macao sea bridge. These engineering triumphs took only a few dozen months to build.

In the UK, by stark contrast, the trans-Pennine link from Manchester to Leeds (all 45 miles of it) is still not fully electrified, and Heathrow still has no third runway – almost 50 years after it was first suggested. The Chinese have a modern proverb: ‘If you want your economy to succeed, first build roads and railways.’ It’s a proverb all UK governments since the 1960s should have been forced to write out 100 times.

China is now exporting its infrastructure vision to the world through its Belt and Road Initiative (BRI). BRI is an infrastructure-led investment and trade policy of giddying ambition and global scope. Since 2000, China has funded 42 football stadia and 52 hospitals in Africa in return for favourable food and energy deals.

In making these investments, China is also acting like a giant sovereign wealth fund. It needs to diversify away from low-return US government treasuries (of which it holds more than $1trn). BRI means it can make massive loans, get high returns for them, build the assets they fund with Chinese workers and expertise – and then use them to exert political and soft power influence. BRI is a strategy so elegant and co-ordinated it makes Rudolf Nureyev look like a dumper truck.

The real estate industry must take the lead in giving the world the infrastructure it needs. Our institutions, global developers and contractors are perfectly placed to deliver it. If governments can only manage to give us certainty, then the real estate sector can do the rest.