One of the least appreciated yet most serious consequences of the turmoil that currently consumes the Labour party which should concern us all is that while they are so busy fighting each other, the parliamentary Labour party is not doing its job. 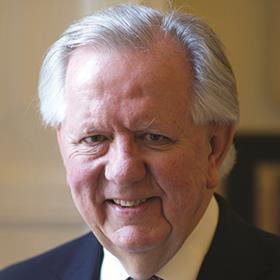 It is Her Majesty’s official opposition, except it isn’t opposing. David Cameron sails through Prime Minister’s Questions without a care, having merely trawled the press for that day’s silly headline, whether that’s Trident submarines with no missiles or a reshuffle that appears to have no end.

You can’t blame the PM. He has his mind on other things and he knows his opposition comes from the ‘Leave’ brigade on his own benches. But every government needs an effective opposition to keep it in check and to stop it doing silly things. This government, perhaps because it believes it will be in power until 2025, has on several occasions demonstrated that great truth.

Despite Jeremy Corbyn’s claim to the contrary, it was Conservative backbenchers whose opposition to working tax credits forced the chancellor to rethink and to dig himself out of a hole of his own making. George Osborne is a consummate politician but he appears on occasion to concentrate on the politics of an issue rather than on its economic consequences. The result has been two omnishambles budgets in less than six years in the job.

In his 2013 Autumn Statement, the chancellor told the Valuation Office Agency (VOA) it should clear the backlog of applications for rates reduction - around 170,000 cases at that time. The chancellor has rightly identified business rates as a problem. They are a fixed business cost that is often crushingly expensive for small businesses, including start-ups.

But the way government intends to deal with this part of the problem looks as if it is heading into dangerous territory. One of the reasons ratepayers appeal is because under the current opaque system the chances of achieving success are pretty good. Many appeals are effectively fishing expeditions often launched on a ‘no win, no fee’ basis by specialists who live off whatever they save their client. What is needed is more openness as to how the VOA arrives at its rulings if we are serious about wanting to reduce the backlog.

Yet the legislation introduced to tackle the issue takes us in exactly the wrong direction. The Enterprise Bill gets its second reading in the Commons early next month. It certainly looks as though it will reduce the number of appeals. It does so by the simple expedient of removing the ratepayer’s rights and giving the VOA the power to determine value on the basis of whatever information it chooses.

It proposes that the ratepayer be specifically excluded from the information used by the VOA to determine the appellant’s case. Ratepayers will be forced to make a comprehensive evidence-based case as to why their valuation should be reduced, yet the VOA is not required to reciprocate by disclosing how it came to its conclusion.

So you have to do more work to make your case while the body you make your case to can dispose of it without telling you what evidence it used to agree or, more importantly, reject it.

This is absolutely unacceptable. It strikes at the heart of the principle of open government so beloved of politicians. It is particularly egregious given the VOA should be looking at comparable properties in the area in which the subject premises are located, taking account of rents paid and other relevant information. Yet the ratepayer cannot be told which comparables the agency has used.

If this system were to operate in some third-world dictatorship, it would be decried as dictatorial and fundamentally undemocratic. The judge decides the defendant’s guilt or innocence without telling him how he has arrived at his conclusion. This dreadful nonsense has no place in our law.