Did you know there are no Starbucks or Costa Coffees in Barking & Dagenham? That Barnet has 122 primary schools, and that the average house price in Brent at the northern reaches of London is £416,506 compared with £281,341 in Bexley in the south? 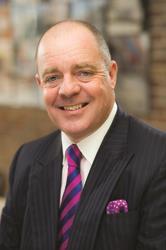 That Croydon has no Michelin-starred restaurants while Ealing has two, that the percentage of people born overseas in Harrow is 50% compared with 11% in Havering and that at 23%, Newham saw the highest London house price growth in the last year?

So much focus has been on prime central London residential over the last decade, and its success story has continued in the wake of a general election result that relieved many people fearing the imposition of a mansion tax.

But the bigger success story over the last year has actually been outer London. This is best illustrated by our new report, London Living: A Borough by Borough Showcase, which shows that prices have grown 11% over the past year on average.

And increased connectivity across the capital will only help boost this growth. The London Overground network - or ‘Ginger Line’ - has been a revelation, Crossrail is now firmly in buyers’ consciousness, and the night tube will also help outer London boroughs.

For those who are unaware, from the early hours of 12 September 2015, Londoners and visitors to the capital will be able to travel on the Jubilee, Victoria and most of the Piccadilly, Central and Northern tube lines all night on Fridays and Saturdays. Just in time for the Rugby World Cup.

Here then, is our borough-by-borough breakdown of outer London:

The prime central London market has attracted all the headlines in recent months - but for home buyers, developers and investors alike it is worth looking at outer London for the capital’s real success story right now.