There has never been a better time to buy in the regional cities.

From the evidence in Manchester, Liverpool, Leeds and Birmingham, there is a much fairer wind blowing through these city economies than the media would have you believe.

Negative media sentiment has led to negative market sentiment and, as a result, the difference between office yields in London and the regions is the widest I’ve ever known. But despite the prevailing view in London that everybody north of Watford either works for the public sector or spends their time watching daytime TV, demand in the regional property markets is greater than it has been for some time.

The trend is highest in Manchester, which reinforced its role as an economic powerhouse with an impressive 20% population increase in the census, more than three times the national average.

In Liverpool, we have more large enquiries than at any stage in the 20 years we’ve been operating in the city, and we’re also starting to see strong demand in Birmingham and Leeds.

So where is the growth spurt coming from?

One significant factor is an increase in “onshoring”. Cost increases and service concerns have led to large corporates bringing shared service centres back to the UK, and regional cities are a logical destination. They are comparatively cost-effective places to locate, plus the availability of good-quality staff means service standards — and the resulting customer satisfaction — can be improved. One of India’s biggest outsourcing companies, Aegis, has recently created 600 jobs at its new European headquarters, in City Tower in Manchester, citing the city’s connectivity, talent pool and diversity as the reasons for the decision. 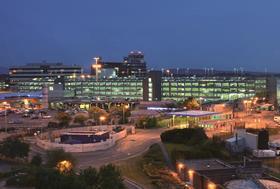 Companies no longer need to set up in London first, as Manchester has global links

We’re also seeing a notable trend in “northshoring”. The Royal Bank of Scotland has recently moved investment banking jobs up from London to Manchester, and Deutsche Bank has followed suit in Birmingham. Many banks had put on hold their previously planned moves north because of the financial crisis, but have now started to reconsider because the expense of London — for both property and people — is causing them to rethink.

Legal sector deregulation will also play to this trend. An interesting anecdotal “statistic” is that 50% of the legal work done in London won’t be done there in 10 years’ time — it will have been “northshored” to regional cities, where you can access the talent pool at a much lower cost.

Another factor is “city appeal”. It is not Manchester’s 20% population growth that is the most fascinating statistic, it is that this growth has come from just the type of people a thriving economy needs — graduates and young professionals. And those people want to be in cities. The greenfield business parks where companies relocated in the 1980s are not where people want to be. Cities are improving their offer to young talent.

Businesses are basing themselves in cities because they want to be at the centre of the talent pool. That, in turn, means cities offer the better jobs, creating a virtuous circle.

It is this urban focus for what were not traditionally seen as “urban” businesses that has led to Bruntwood to take over a controlling stake in Manchester Science Parks. This public/private sector partnership operates key science and technology facilities linked to the city’s high-quality universities and teaching hospitals. Post-industrial cities such as Manchester present tremendous opportunities in this area: you have strong academic infrastructure and space to develop, and fewer of the constraints that some of the south’s economic hotspots face. Cities such as Cambridge may be making great technological leaps, but they do not have the space, the transport infrastructure, the size of talent pool or the advanced service economy to support the businesses that want to set up on its doorstep.

The fourth factor is that regional cities are “going global” and many international companies no longer feel they need to set up in London first.

Manchester has all the necessary global links — to the US, India and the Far East — through its top-tier airport (pictured). I’m aware of at least three large international technology companies who are looking at Manchester for their first significant foray into the UK.

Manchester airport’s global connections do not just affect Manchester. The recently announced investment in the northern rail hub will link Leeds, Liverpool and Manchester, putting them all within half an hour of the airport. Together, they can create an economic “supercity” zone to rival other areas in Europe, never mind the overheating south-east.

So get ready for the renaissance of the regions: over the last 20 years, our regional cities have had to completely restructure their economies but, having done so, they are now poised to become some of the best places in the UK to support the businesses of the future.