Prepare for the impact of Osborne’s tax bombshell

Labour’s Tax Bombshell in 1997 was one of the most famous of all campaign posters. 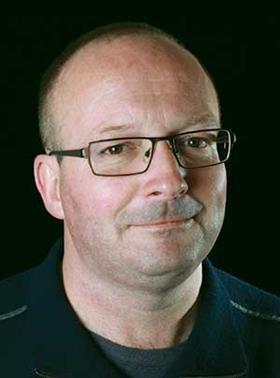 Last week, chancellor George Osborne delivered his own tax bombshell - and it is aimed stealthily at many who rank among the Tory faithful - buy-to-let investors.

If you think allowing investors to claim tax relief at only 20% sounds rather anodyne and, with a four-year lead-in, only a modest deterrent to what has been one of the drivers of London’s house price boom, think again: it could stop much of the sector in its tracks and set off tremors wider afield in the residential market.

Shares in housebuilders and estate agents plunged on the day, but pared most losses the next, amid siren remarks from commentators that the fall had been “overdone”. Perhaps an over-casual dismissal.

Deloitte’s real estate tax partner Phil Nicklin was widely quoted in the media, predicting that the move “might force some to sell their properties”. A simple notional calculation he provided explains why. Say your rental income (after letting fees and other costs) is £100 (I’m assuming that is per day in some parts of the capital) and interest costs are £80: your pre-tax profit is £20. Currently, a top-rate tax payer would pay HMRC £9 (result: an £11 return); under the new regime it would be £29 (a £9 loss). I struggled to get my head around that one (tax has never been my strong point). The jolly nice Mr Nicklin phoned me back (on his day off) to answer my speculatively emailed query.

Osborne managed to drop a less powerful, but still nasty shell (with a shorter fuse) alongside his bunker buster. From April 2016, landlords will also lose the right to automatically claim 10% of the rent against wear-and-tear costs and only be able to deduct costs they actually incur, netting the Treasury £205m in 2017-18.

A clue as to the seriousness of the threat can be gleaned by the shrill threats from landlords’ associations that this would force up rents, reducing aspiring buyers’ ability to save up deposits and even forcing landlords to hold back on maintenance work.

This sounds like the bluff and bluster one might expect from a part of the industry that fears the game is up. Cash buyers and foreigners should be less affected. For now. But the direction of travel is clear and Osborne indicated in his speech that he was in close formation with Bank of England governor Mark Carney, who a week earlier warned in the Financial Stability Report: “Looser lending standards in the buy-to-let sector could contribute to house price increases and household indebtedness”. So expect HMRC to quickly make it harder or less profitable for individuals to transfer their properties into corporate structures. Witness the speed at which Osborne slapped a 15% levy on sales through offshore companies and the slow erosion of MIRAS from 1988 to 2000.

Existing landlords have four years to prepare. Where it is likely to have an immediate impact is current buyers - for whom the sums may not stand up and who could well walk away. The people who may be really sweating are those who have bought off-plan (often with small deposits) and are looking at a potentially very different landscape when they have to stump up the balance in the months and years ahead. Expect some frenzied flipping in some big London developments.