The world is reeling from the news of David Bowie’s recent death. 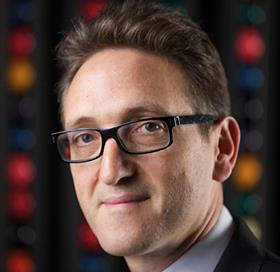 Thousands made the pilgrimage to Brixton to pay their respects and social media was awash with homages to the star. But why are we so captivated by Bowie? Unquestionably, he was a rare musical talent, with a sense of style and flair for reinvention that were daring, defiant and subversive. But Bowie was also unafraid to be different - it is his unflinching individuality that we continue to idolise.

Yet, in the corporate world, personality is increasingly ironed out. Recently my daughter applied for an internship. The online recruitment process required her to answer, in interview style, a series of questions posed by a computer; she was given three minutes to record and submit each answer, talking to a faceless machine.

I found this staggering. The process left no room for her to assert charisma, something the corporate world, and in particular the property industry, once prized.

Young people today have been made uniform by the statutory processes that are required of them at school. Constant examinations encourage a culture of box-ticking; consequently the concept of thinking creatively is becoming increasingly unnatural and even scary.

In an over-regulated society where automation and standardisation are championed, the practice of making everyone uniform for the purposes of assessment is eroding individuals’ inclination towards nonconformity.

The spiral of silence

The proliferation of social media is also partly responsible. Although Facebook and Twitter ostensibly present users with the opportunity to express opinion, a report from the Pew Research Center revealed such sites reinforce a societal tendency to avoid doing this if we believe that opinion is not widely shared - a form of herd mentality known as ‘the spiral of silence’. Further, social media tends to present users with ideas similar to their own: we follow friends, influencers and celebrities because we agree with them. Rarely does it confront us with different opinions.

This is apparent in the property industry. Because agents are predominately white, male and middle class, and have had comparable upbringings, their opinions are inevitably similar. When we are surrounded by people who think as we do, there is little motivation to think outside the box.

Uniformity among agents stems from a lack of awareness of the industry and the opportunities it offers. Students from less traditional backgrounds rarely consider a career in property. According to the Reading Real Estate Foundation, most UK students studying real estate at top universities have been privately educated and two-thirds already have connections in the business.

Unwittingly, the property industry has reduced variety in new recruits and is suffering the consequences. The sector was once replete with creative, dynamic and charismatic people, such as Sir David Garrard of Minerva and Gerald Ronson, from whom I learnt a great deal. If my mentors - and I for that matter - were starting out today, we would probably need to be sanitised and re-educated to be considered employable. But where are the inspirational characters of tomorrow going to come from if we insist on training young people to behave like robots?

In an effort to counter this trend I have made an effort to seek out original thinkers, and I can proudly say that Cain Hoy is brimming with entrepreneurial spirit. We have also partnered with Galliard’s Stephen Conway, a singularly charismatic man who is not afraid of doing things differently.

The corporate world must as Bowie did reinvent itself and, rather than conforming to standards of sanitised uniformity, advocate individuality.