Red tape and nimbyism is choking our planning system

Let me tell you about my latest development project - a simple garage extension. 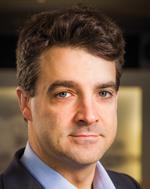 It should have been one of the easiest things I’ve developed. Not so. What’s more, the wrangle I’ve faced over its existence is symptomatic of wider failures in our planning system.

I am not a man who owns a fleet of Lamborghinis (sadly). My proposed garage was not contentious; it was in keeping with surrounding buildings and compliant with policy - so much so, that the council case officer confirmed it wouldn’t be a problem. That was until my next-door neighbour objected on the basis that her view (of my garden!) would be affected.

Now, this simple application had to go in front of a full planning committee, which involved extensive consultation, the case officer writing a detailed report and the hearing itself. Imagine the cost, all caused by an objection made on the grounds of an impact on a view - something that is specifically not allowable as grounds for an appeal under planning legislation. Alas, my insights into planning law were disregarded, and the committee was duly assembled.

It took 30 minutes for the councillors to hear my application, and 30 seconds for them to vote unanimously in favour of it - with the chairman asking why it had even been brought to them in the first place. Placing aside my feeling of vindication as I called the builders, I was left thinking: “This is why our planning system is grinding to a halt.”

This situation is probably being repeated hundreds of times a day all around the country, wasting the time of local planners and the budgets of local authorities, ultimately costing the taxpayer many millions.

At its simplest level, there are two types of planning application; minor and major. Major applications should always go to committee to allow public scrutiny. But too many minor applications are going to committee merely because neighbours are objecting and these massively outnumber the major ones.

The government fast-tracked appeals for householder applications several years ago. It should do the same by insisting all householder applications are determined under officer-delegated powers, which will significantly free up member time and save on officer committee reports over what are basically domestic disputes. The appeals process will, of course, still be there to deal with over-zealous planning officers.

How else could we help reduce local authority spend? One thought would be to enhance pre-application advice. Let’s introduce a system where basic questions could be asked, consulted on and then made into a certificate to give it weight. For example, if I owned a shop and I wanted to convert it into a house, then why shouldn’t I be able to ask whether I can do this in principle, without having to draw up a full proposal? Westminster City Council has considered this before - “statement of development principles” was their term - but it simply means not wasting time (its and ours).

Would you believe that local authorities are still required to advertise many planning applications in the back pages of local newspapers, costing them hundreds of thousands of pounds a year? Surely an online equivalent could be easily created, perhaps with the ability to ‘auto-inform’ local people about relevant applications.

Between 2010 and 2015/16, local authorities in London alone have seen a reduction of 44% in central government funding. In the face of such cuts, they have to make difficult decisions every day, perhaps weighing up whether to sack a care worker, a librarian or a planning officer - or all three. They are finding efficiencies, but we’ll have to find more radical solutions in the long term - so let’s help cut down the level of red tape, formality and irrelevant nimbyism from our system.