Should the property industry be embarrassed that, post Brexit vote, some of its main domestic-property-owning institutions have been involved in a mini flash crash, caused by fundamentally flawed open-ended fund structures? 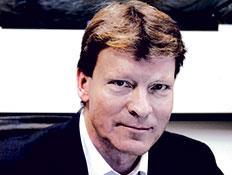 After all, the closing of these funds has attracted global attention at a time of heightened investor anxiety, and has not helped UK commercial real estate’s reputation as a safe haven.

Or should our industry take comfort from the breadth and depth of global money in UK real estate? This has meant that, within just a few weeks of the funds temporarily closing to redemptions, the better-run ones have been able to agree quick sales of assets at or around valuation and promptly reopened.

Perhaps the answer is a bit of both, but lessons must be learned and tough questions asked. The simple fact is that offering daily liquidity in open-ended funds, when the underlying assets are illiquid and take up to six months to sell, is asking for trouble.

Fund prices can be based effectively on directors’ judgements, not the market price. In addition, the funds need to hold much more in cash to meet daily redemptions, which simply reduces returns to investors.

While this is not a mis-selling scandal, it is certainly a sharp reminder that we need to understand the small print and that what goes up can come down.

Most of these funds have both some form of discretionary adjustment factor and fair value adjustment to respond to volatile markets, but these are not market led - they are dictated by the fund directors.

Why are all these funds not REITs? They are instead PAIFs, which essentially gives the same tax transparency. If they were REITs, it would probably mean they are better understood and analysed by the market. Those that did well and whose management was more highly rated would trade above the rest with some being taken over.

Liquidity would be higher and there would be no need for the dangers of daily funds’ redemptions, as REITS are closed-ended vehicles. It sounds logical but there are, of course, many vested interests involved.

For the retail investor, it is worth a look at the performance, fees, income and bid-offer spread of some of the largest open-ended PAIF funds versus the REIT sector. Their performance in terms of NAV growth, with income reinvested, averages less than 50% of that of REITs such as Great Portland Estates, Land Securities or British Land over the last three and five years. The modest gearing of the latter is only a partial factor.

A comparison of the open-ended fund fees with similarly externally managed REITs such as Tritax Big Box, Custodian or Regional REIT shows the PAIF funds charge on average nearly double the annual fees, while their dividend yields only average around 50% of these REITs. 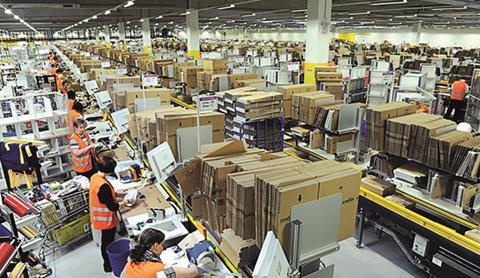 In some cases, over 40% of the gross income of the PAIFs is being eaten up by the managers’ fees, making a mockery of the idea that property can offer a high dividend.

The bid-offer spread of the PAIFs is noticeably higher than the same for the REITs, again to the detriment of the investor and set by the PAIF directors, not by the market. This is to say nothing of the initial charge for a PAIF fund of up to 5%, for a retail investor, versus say 0.5% to buy REIT shares via a broker.

In one sense, caveat emptor and the market should be relied upon to iron out these inefficiencies in performance, but on the other hand, the industry’s reputation is at stake.