Profound changes to London itself are driving the growth of the tech/media sector, the focus of this week’s markets report. 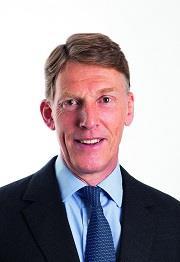 Property is about so much more than rents and yields, and it is demographic factors that are driving the growth of a world that stretches from ‘old-school’ media - ad agencies and newspapers, for example - to ‘new school’ such as Amazon, Uber and Airbnb.

London’s population first peaked in 1939 before the blitz, evacuations and the exodus to towns such as Harlow, Basildon and later Milton Keynes left the capital a shadow of its former self in the 1970s and 80s. In February, when its population reached 8.6 million, it peaked again.

Believe it or not, some World War II bomb sites sat undeveloped until the late 1980s, when City office rents peaked with Sun Alliance leasing offices on the corner of Leadenhall Street for £70/sq ft. Now we are seeing those rents surpassed.

Other 80s norms have also been swept away: tech companies are moving back from business parks on the M4 and the concept of home working has gone because man is a gregarious creature and organisations realised they needed control over their workforce. What’s more, people now work everywhere, whether in the office, on the train, in a café or at home.

In the past two years we have also seen migration from the west to the east, with young creative workers wanting to work somewhere interesting and less corporate. The 1960s blocks we would have demolished in the 1980s and 90s without a thought are now being retained as these buildings have great character; once refurbished, they also offer more flexible space.

Within many companies there has been a power shift as well, with the corporate real estate executive driven by the finance director to acquire the cheapest possible office space being supplanted by the HR director persuading the chief executive that the most appealing office space attracts the best staff. It has not escaped the notice of senior executives that the more time people spend in the office the more work they may do - the live/work office exemplified by the proposed new Google HQ.

So what do these seismic changes mean for us as developers? How do we provide space for the new breed of occupier who has decided to occupy retrofitted buildings, move east and look for a great place to work?

First, the space we create has to be authentic. Stripping back older buildings to show their original fittings and services allows tech/media occupiers to express themselves and it works. Leaving the ducts and pipes exposed in a brand-new development is trying too hard.

Developing central London office buildings used to involve cramming in car parking spaces, but now it is all about creating as many bike spaces and showers as possible.

Combining cooling with windows that can be opened and providing high-quality community space where people can interact is also important. And to retrofit a 1960s building it must have what we call ‘good bones’.

A good example is our Old Street project, The Bower, where Crosstree and ourselves are turning two 1960s office buildings into exciting creative spaces where the original business plan was entitled ‘Less is More’. This means opening up the site, providing a new pedestrian street and better access to a previously land-locked building as well as introducing new A3 tenants, including Honest Burger, Bone Daddies, Ceviche and Enoteca da Luca, to accompany the existing Shoreditch Grind. This creates a sense of place.

In The Warehouse - a former Post Office works depot - we have retained original external friezes on the end façades and the yellow London stock brick and cleaned existing concrete columns and ceilings.

And what of the 25-year lease? Many tech companies want nothing more than a 10-year lease, which can suit a multi-let building as it allows tenants to be moved around.

The key to success with tech/media occupiers is not just to spot property trends, but to anticipate how London is changing as a whole.