With Article 50 due to be triggered shortly after Mipim, it is timely to reflect on the UK and European property markets.

The apparent differences are often highlighted, whether attitudes to home ownership, design or the application of EU procurement rules. Indeed the impact of Brexit on the latter could be significant and urgent work needs to be done to ensure an opportunity isn’t missed.

Yet anyone at Cannes visiting ‘the bunker’ or other pavilions will be struck by at least one similarity: the volume of development planned around transport nodes.

That’s no surprise. For 30 years, similar drivers across Europe have resulted in major development around railway stations. These drivers range from technical improvements, such as high-speed rail, the relocation of manufacturing and new institutional arrangements, including privatisation.

Reinforced by public policy aimed at driving urban renewal and sustainability, denser, more flexible development at transport hubs has reflected the changing behaviours of both businesses and people. As a result, while we have Crossrail, the French are developing the Grand Paris Express, and while we might point to regeneration at King’s Cross, they may cite Euralille. 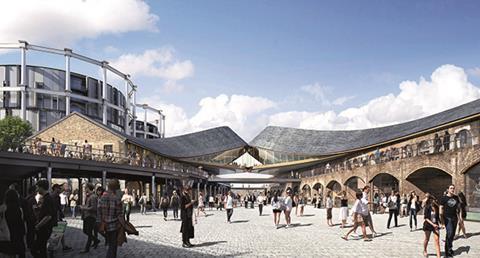 Coal Drops Yard is key to the regeneration of Kings Cross

This appetite to redevelop transport nodes is undiminished. The government’s housing white paper signalled that more new homes should be built around stations and there are opportunities, from HS2 to Crossrail 2, to do more and do it better as lessons are learnt. These lessons are many but three merit highlighting.

The first is greater recognition that the opportunity extends beyond the major stations to smaller-scale, less central locations. With HS2 there is tremendous focus on opportunities such as Euston and Birmingham Curzon Street, as there should be, and the public and private sectors organise themselves to realise them, not least through planning support and new governance structures.

The appetite to redevelop transport nodes is undiminished

But we should give greater attention to potential development opportunities elsewhere, which can often come about through improvements to existing rail services without major new infrastructure. This is what the Stedenbaan project in the Netherlands is doing.

There are similar proposals in the UK in some places but there are more than 2,500 stations across the country, so the potential is far greater and it is critical that time, energy and policy, from CPO to land value capture, supports them too.

Second, some suburban areas are still reluctant to embrace density. Both the government and the Greater London Authority have emphasised the importance of maximising land use.

Of course, what’s built in less central locations needs to be sensitive to that environment, but density is often still too cautious. This isn’t necessarily about height, although there are examples in outer London where developments adjacent to stations miss the opportunity to create landmark buildings.

Finally, whether King’s Cross, the Neu-Oerlikon in Zurich or the Congress Centre in Stockholm, station redevelopment in the heart of cities has resulted in the loss of industrial land. 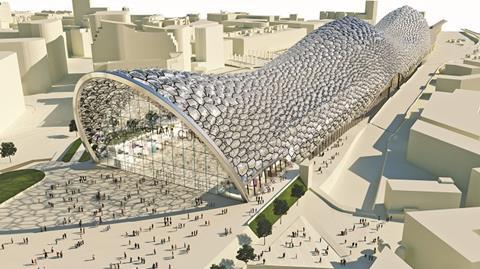 There is growing concern at the rate of loss. It shouldn’t be a binary choice between uses. Increasingly, residential and employment developers are working together to provide both within the same scheme. To make these opportunities a success will typically require residential-led schemes and policy should help to facilitate that.

Regeneration around stations has been a real success story of recent years, with recognition that the developments created are places, not just nodes.

We need to broaden the range of stations being redeveloped and, in some places, be more ambitious about what’s built.

Richard Blakeway is a former deputy mayor of London