It would be an understatement to say last year presented the consumer market with significant change. 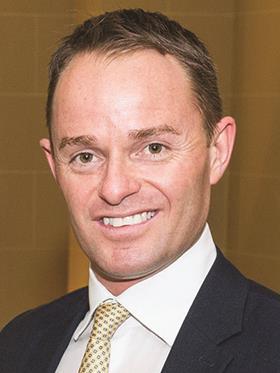 Across politics and markets - from financial, foreign exchange, retail and investment - the past 12 months have been centred around the ability to adapt. And, as the recent Mishcon de Reya pre-Mipim party proclaimed, 2017 is also set to be a year of change.

We should embrace and harness change and nowhere is this more true than in London’s West End, where the retail market never stands still. As the world’s leading retail destination, with more than £3.3bn spent by tourists each year alone, the

West End is influenced by global markets and consumer trends. In order to remain a global retail destination, it is necessary to adapt.

You think you know the West End? Well, brace yourselves for the new West End

In the face of economic change last year, the West End prospered: 42 new retailers opened in the district; the night tube launched, servicing major stations in the area and boosting the night-time economy; tourist spending surged to record amounts; and the mayor of London launched #LondonIsOpen, the retail arm of his campaign to attract international brands to the area.

The credit for the area’s success lies largely with its strategic ability to remain agile in response to retailer requirements, alongside a concerted effort to maintain its reputation as the world’s leading retail destination. This adaptive approach from retailers, agents, property owners, legislators and investors alike attracts major occupiers to London’s West End and this is a trend that will continue.

While last year was a time for pause and reflection for the UK, the next 18 months will be all about implementation. New initiatives and investment in existing stock are required to keep pace and take advantage of the wall of money coming into core markets such as London.

Visionaries in investment, development and infrastructure are looking to innovate and challenge the status quo in the capital and especially the West End. Think you know the West End? Well, brace yourselves for the new West End. 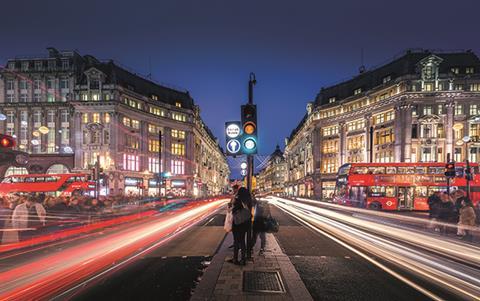 The biggest catalyst for change in the area is the opening of the new Elizabeth line (Crossrail) next year, which is expected to bring an additional 60 million visitors to the West End every year - that is a 30% increase on the 200 million currently welcomed annually and a statistic that any shopping centre would be envious of.

The West End is most definitely ‘Crossrail ready’ - Tottenham Court Road station completed in February and Bond Street station will open in early 2018.

Infrastructure improvements are the impetus behind 2.5m sq ft of new and refurbished commercial development across the district due for completion by the end of 2018. Other improvements include the £10m regeneration of Bond Street’s streetscape and public realm that launches next month.

Moreover, the mayor of London has committed to dramatically reducing traffic on Oxford Street, creating a safer and more enjoyable experience for all who work and shop in the West End.

Like a game of Monopoly, the individual brands of Bond Street, Oxford Street and Regent Street successfully stand alone - but collectively, the sum is greater than the individual parts. Simply put, there is unrivalled synergy within London’s West End. All these changes and developments secure the district’s reputation on the world stage.

Consumers, brands, investors and developers need tangible change to see that a destination is vibrant and offers them something different and refreshing with every visit, while maintaining a common factor: quality.

I am proud of how the West End has tackled previous challenges and how it is adapting to current fluxes, which is why I’m attending Mipim with New West End Company’s chairman, Sir Peter Rogers. We will be in Cannes representing London’s West End at the London stand and look forward to seeing you there.