Tech should be cornerstone of post-Brexit success

The historic triggering of Article 50 was marked on 29 March. The virtually ceremonial handover of the official letter to start the process of removing us from the EU means that, as a country, we have entered a period of uncertainty. However, I believe that this also signals opportunity. 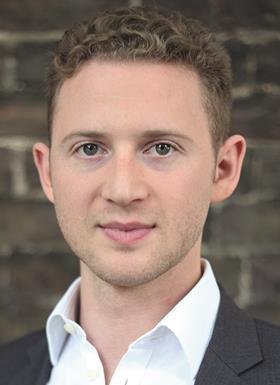 After the 2008 financial crash, there was uncertainty within the property industry, but out of this situation we saw growth and innovation. Proptech itself emerged from a need to change after a period in which many companies were left flailing and the market was stagnant.

Tech solutions were born out of the need to work more smartly and efficiently.

The tech industry’s arrival in property has heralded repercussions and prospects that are vastly unknown quantities, and although we can draw comparisons to fintech, there is no roadmap as to where disruption and innovation will take us, much as there is no set template for a UK outside Europe.

We need to be clever and logical, and approach this as a unique business opportunity to shape the future rather than risk falling back on old (bad) habits or processes just because it is how something has always been done.

Despite the uncertainty surrounding Brexit, the pound held steady as Sir Tim Barrow handed over the envelope containing the historic confirmation. The market hates uncertainty, so perhaps this is a reflection of the fact there is a sliver of light at the end of the tunnel and that there is opportunity.

The key issue is unity - we work better as a community. How many times have you heard the property industry described as tightly knit or proptech companies described as a club? We are stronger together and in this spirit we must now get behind change.

The parallel for me is again the advent of innovation in technology. It makes a difference as to how day-to-day business is conducted. The question now is whether the property industry will fully embrace tech solutions.

The tech sector has been driving growth in London since 2009 and a key reason for this is the talent it attracts.

Brexit’s threat of limiting freedom of movement and immigration will directly affect the available talent pool. Indeed, research by TechUK published in January indicated that the country’s digitally intensive industries are significantly reliant on overseas talent - about 45% of recently filled vacancies - and tech is also more at risk from the threat of trade barriers than other sectors. 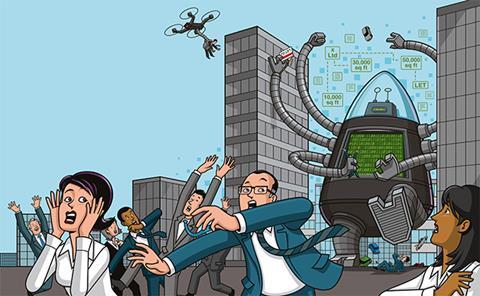 Tech should be embraced within the property sector - Source: Nathan Daniels

Tech should be a cornerstone of the UK’s post-Brexit success, yet the government’s unusually protectionist approach to traditional industry sectors - announced in January’s green paper - rang alarm bells. Would tech be overlooked in the rush to batten down the hatches? However, March’s post-Brexit digital strategy led to cautious optimism.

The property industry also has a responsibility and an opportunity here, not simply to champion and protect all the companies that will ultimately be its future occupiers and investors but also to keep the doors open to the talent in proptech that will drive forward change and growth within the industry.

The industry should be mindful of this. As we look to a new, hopefully bright, future, we must pull together, protecting tech and informing regulation - using all the resources to hand - rather than entering into a period of isolationism and restricted movement, which, as history has taught us, does not always create the best outcomes.