The challenges of delivering a ‘City in the East’

The mayor of London’s recently released ambitions for housebuilding in the capital, encapsulated in the City in the East plan, is very much a reflection of the market’s independent view on housing supply in this part of the market. 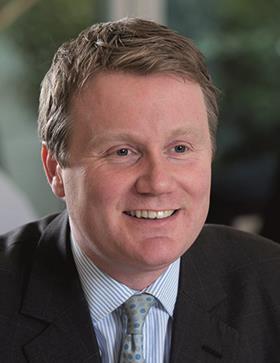 The land is there and the market demand is there. The perennial question is: can it be built in the expected time frame? We believe it can be, but the government needs to play its part.

Arguably, the target of 200,000 homes in 20 years (10,000 a year) could be regarded as unambitious, even taking cyclical factors into account. However, there are a number of significant obstacles making the delivery of even this number of new homes a challenge.

The question is: can they be overcome? It won’t be easy, but we believe they can.

The first hurdle is the planning environment (nothing new), which remains highly unpredictable. Many large-scale applications are held up due to political anxieties or local authority resource issues. Ensuring local planning authorities have the resources at their disposal to help them work effectively should be a priority.

Another hurdle is the release and sale of public sector land to developers. The process could be streamlined, allowing market forces to dictate the pace and product brought to market.

The third obstacle is a more difficult one to address in the short term as it relates to a lack of skilled labour. However, this is precisely the time to take a longer-term view so the capital can continue to build the housing it needs.

Finally, it is worth noting that the UK mortgage market could be more aligned to the needs of those buyers who would like to buy a new home off-plan. This may be one for financial regulators, but more dialogue about such home loans would ensure no potential buyers are deterred - not because of affordability issues, but because of technical mortgage issues.

Despite these ongoing challenges, there have been some notable achievements over the past few years in the City & East that should give the market real confidence that it can meet the mayor’s targets.

Overlooking the river, Berkeley Group’s Woolwich Arsenal is a thriving environment with strong sales and demand - it is a real testament to high-quality placemaking.

On the north bank of the Thames, the first two phases at Oxley/Ballymore’s Royal Wharf are nearly sold out (2,000 units) after 18 months, with 2m sq ft under construction; the last count saw 14 cranes on site - a huge contribution to construction volumes in London.

Over in Canary Wharf and its wider environs, sales at Canary Wharf Group’s 10 Park Drive, Berkeley’s South Quay Plaza and Ballymore/Eco World’s Wardian have astounded the market with demand and take-up.

A key common dominator (aside from the developer track records) on all these examples is infrastructure. This is where the Greater London Authority (GLA) can drive delivery. When certainty is delivered by government on these initiatives, the market responds. Crossrail has been the standout infrastructure driver over the past few years - similar initiatives, be they new stations, line extensions or rolling stock upgrades, must be explained to the public in an imaginative way.

Our own experiences tell us the market does not fully grasp the scale and impact of these improvements - it is left to developers (and their agents) to fly this flag. We feel the GLA could really add to this message and give some more imaginative guidance on the benefits these huge infrastructure improvements will have in terms of the City & East market.