The changing face of office space

It should come as no surprise that rental prices in the core areas of London have become increasingly cost-prohibitive for many businesses based in London today. 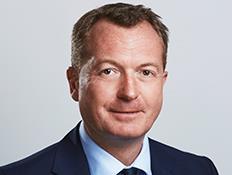 Mayfair, Soho and the City have long been known for high levels of demand and even higher pricing, with areas such as Shoreditch and Old Street now joining their ranks. London’s population recently hit a record high, the number of businesses continues to expand and space is at an all-time premium.

Even levels of development and investor activity in places like Victoria, Midtown and Nine Elms mean prices have risen to the point that businesses and residents are increasingly being priced out.

As firms look for new locations, pricing is not the only concern — flexibility matters too, and long-term leases are increasingly a disincentive as more and more companies search for the flexibility crucial to the dynamism of these growing business hubs.

In terms of where these companies are moving to, overspill is clearly an important factor — as we’ve seen in the cases of Islington into Hackney or Clapham into Brixton.

For example, Workspace recently refurbished an old pharmaceutical factory in Bethnal Green (now known as the Pill Box), acquired well before the government threw its weight behind initiatives like Tech City and Silicon Roundabout. These initiatives have been so successful that they have driven rents to the point that some of the companies these initiatives were designed to support are now looking elsewhere.

As those companies move out, areas around the Shoreditch fringe like Bethnal Green are seeing the benefits, meaning the Pill Box has outperformed our expectations both in terms of demand and pricing.

Of course, the question everyone wants to know the answer to is: if this trend continues, where will businesses look next?

The Greater London Association (GLA) recently published a report into London’s opportunity and intensification areas, many of which might have been scoffed at five years ago. Who would have thought that Surrey Quays, long considered to be the poorer cousin of Canary Wharf, would be the next hotspot attracting heightened levels of investment and would turn into yet another of London’s regeneration hubs? Likewise, Kennington, which is now recognised as an established commercial and residential area of London, but was an area of post-war social housing far removed from the prime areas of residential London just 10 years ago.

Transport links, too, are an important factor. We have witnessed the remarkable impact of Crossrail, which has already transformed large swathes of London and is opening up exciting new hotspots across our capital. With this in mind, the future of Old Oak, one of the stops on the planned HS2 route and close to the popular areas of Chiswick and Hammersmith, looks very exciting.

Similarly, one of the first things businesses used to consider when deciding on location was workers’ commutes. These days, however, given the way today’s technology allows faster virtual communication, many companies do not have to be centrally based and can allow their employees to work closer to home. Historically, residential areas such as Wandsworth are increasingly hubs for businesses and have more room to grow.

And, reading the GLA’s report, it seems that where the likes of Kennington and Wandsworth are today, the likes of Haringey, Newham, Dalston or Southall could be in five or 10 years.

With these energised new frontiers of opportunity for Londoners, there is no doubt that this is a very exciting time in London real estate.