In Sichuan they call snogging “chewing rabbits heads”. (I know – you’ve been doing it wrong). 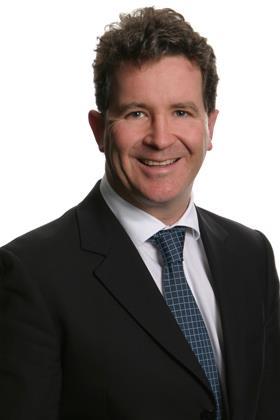 But then in Sichuan, stir fried rabbits’ heads are a prized delicacy (apparently best late doors, after a few beers). Personally, even if I’d drunk China’s entire stock of Tsing Tao, I couldn’t eat a pet’s head stir fried.

But that is Ronnie Chan’s (China’s leading shopping centre developer) point: “The West doesn’t understand China or the Chinese, because it tries to analyse us using Western attitudes and concepts.”

To start with, consider the almost unimaginable scale of China and its ‘Blade Runner’ mega-cities: 1.6 billion people and 44,000 more born every day. That’s 22% of the world’s population – and counting.

Now imagine that you have to provide pensions for as many of these people as can pay for them (China has no welfare state or safety net).

You have sold them millions of policies guaranteed to pay them 5 or 6% until they die. You need to match those (potentially long term) liabilities with strong returns.

Now you’re beginning to think like Ping An, China Life and the Chinese insurance sector.

Add to that China’s enormous surpluses ($262 billion by 2007) and the (CCP encouraged) demand for growth and return in a low interest world, and the answer is clear: diversify into “alternatives”: overseas real estate, private equity and hedge funds.

That is why Ping An (owner of Lloyds and of more resources than Prudential) said at its Asia MIPIM presentation that it will be “overweight Europe in 2015”, particularly UK, Spain and Italy. Chatting to agents afterwards: Ping An is looking at London offices and (more interestingly) airport assets, regional UK Cities and core retail.

So Ping An, and companies like it, should be a fixture of the UK market for years to come – BUT this will only happen if the UK is on its best competitive behaviour: minimising tax and regulation.

Because Ping An is also looking at real estate in Spain and Italy and even (highly sensitively) Japan - which an anonymous Chinese official recently called “a small piece of tofu”. With global choice, inward investors don’t just roll up. The UK must work hard to attract them.

China will globalise with awesome speed and scale. This is because China never does anything slow or small. One Beijing shopping centre has planning for 67 million square feet.

Yes, some centres are low grade: “only fit to race rats in”, per Ronnie Chan. And yes, there will some bankruptcies as property companies and lenders collapse from over-stretch (the government is preparing for it by introducing bank deposit guarantees), but the real point is the scale of China’s ambition.

The old Emperors thought China was the world. No need to go anywhere else. Their CCP successors are much more ambitious than that.

It’s not just westerners who struggle to understand China. The eminent Indian academic who opened the Asia MIPIM conference called Hong Kong a “country” at least 15 times. I counted because the Chinese developer sitting next to me visibly winced every time the doctor said it.

And, as I write, the streets outside are full of people trying to work out what that means.