We must encourage further investment in regional city regeneration

Urban regeneration is not simply about chasing investment returns. 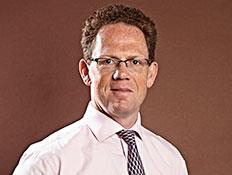 The benefits to society at large include bringing jobs, housing and amenities back into the centre of cities, maximising land density, increasing economic productivity, as well as health, wellbeing and access to education, reducing crime and better utilising our existing infrastructure. When the choice is between building sustainable communities that support future economic growth and the needs of our people and investing in corporate bonds or other traded assets, the former is clearly the best match for society’s long-term UK pension money. But why is it now that urban regeneration is gaining significant traction outside London?

The latest Office for National Statistics (ONS) data shows that economic growth rose at a higher rate in Birmingham, Manchester, Leeds and Cardiff than in inner London in 2013. Workplace jobs growth in 2014 told a similar story, with lower rises recorded in the City of London and Westminster than Leeds, Birmingham, Edinburgh and Glasgow. Of course, the larger size of London means that its growth rates contributed more to the country on an absolute basis, but
the acceleration in major regional urban markets is evidence that after a long decline post the global financial crisis, there is now clear momentum.

The political landscape is supportive of this trend. The devolution of power to the city regions is gaining inevitable stimulus and the government has committed to investing in national infrastructure that links our cities. Just over a week ago, George Osborne announced the formation of a non-political national infrastructure commission, which will draw up proposals for HS3 ahead of the next Budget. He also used the announcement of devolution of business rates as the centrepiece of his speech at the Tory party conference in Manchester, calling it “the biggest transfer of power to our local government in living memory” and paving the way for local councils to encourage small businesses and retailers back into city centres. The government is also set to pool 89 local authority pension funds into six ‘British Wealth Funds’, which could see more than £150bn invested into UK infrastructure.

Rightly, the cities themselves are working together, rather than against each other, and this is supported by government. The ‘northern powerhouse’ - “a collection of northern cities sufficiently close to each other that combined they can take on the world” - is a shining example. Recent delegations to Malaysia and China, under the stewardship of Cameron and Osborne, brought together civic leaders and businesses from across the North, with major UK investors, and told a strong united story. With central and local government indebtedness, there is a much greater reliance upon private capital and this has created an interesting and progressive dialogue.

In comparison with London, the regions now appear to offer attractive value. Equivalent yields at the all-property level remained in the ‘6s’ in Q2 2015 in the six largest regional cities, which seems good value versus the 5% recorded for central and inner London offices. Combine this with the growth profile of certain cities and lack of supply of quality stock, and it tells a compelling investment story. Of course, occupier demand is still patchy and these statistics are far from ubiquitous; therefore you need to drill down deeper to find true value.

For us, this is about identifying cities with sustainable growth and focusing our efforts on working with progressive, readily engaged public sector bodies that are seeking to drive change. Our own research shows that attributes of education, transport, population growth, clustering and employer types explain a significant proportion of subsequent employment growth. Measuring this across around 150 UK areas, we can see that London continues to dominate but other regional markets are primed for significant growth. Edinburgh and Bristol offer strong prospects as do Cardiff and the city centres of Birmingham and Manchester, to name just a few. Where public sector land or local political will can unlock development, investable regeneration opportunities should follow.

And it is clearly happening. More strategic relationships are being sought by central and local government, and the connection between infrastructure and property has never been stronger. The role of the private sector in both of these is increasing, demonstrating that through a joined-up approach to real assets we can bring about transformational large-scale urban regeneration and economic growth. The European Commission’s recent decision to change Solvency II’s capital treatment of infrastructure investment is also a huge step forward to support increased investment and growth in this area.

There is, of course, more that can be done to encourage these investments. There should be major tax benefits for those involved in bringing employment back into city centres and a review of Community Infrastructure Levy contributions for regeneration that does not treat brownfield sites on a par with greenfield land. But the path at last looks positive.