Following on the heels of the Budget, the government has announced a shake-up of the planning system, intended to unlock brownfield sites by relaxing planning requirements and extending compulsory purchase powers. 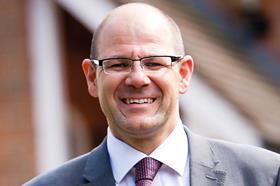 So doubling the amount of new homes built on brownfield land would take the total to 194,000. If we were to take 240,000 completions as a minimum to ease the housing crisis, then doubling the number of brownfield completions would not solve the crisis. Brownfield will play a role, but we also need to take a more strategic look at the green belt.

The green belt is constraining the growth of our cities and towns, which are precisely the places where growth is needed the most. The UK planning system needs to provide a broad mechanism for stimulating all parts of the residential development industry and this needs to include provisions to enable both brownfield and greenfield land to come forward. To ensure continued growth, we need proper engagement and political will forappropriate reviews of green belt land.

The government is an advocate of devolution, and in the absence of regional plans it is left to devolution to ensure there is joint working and co-ordination between authorities. Whether for Manchester, West Midlands or other combined authorities, there is still plenty to do for those involved. The discussions to date have been helpful, but there is a need to turn the talking into real action and to deliver spatial plans fit for purpose.

The overall response to building on the green belt is disproportionate, emotive and ignores the significant need to deliver new homes and economic growth in our most sustainable locations. I am not proposing the removal of swathes of green belt, but a sensible debate. We simply will not make the inroads needed without an appropriate release of the green belt.