What to expect when you’re expecting an election

With the year only a few weeks old, the starting gun for the general election has already been fired. 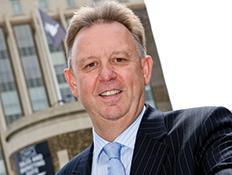 There may be a weary temptation to shrug, leave the parties to fight it out and just get on with the day job, but uncomfortable as it may be, public policy — both locally and nationally — is vital to housebuilding because it touches almost everything we do.

Traditionally, planning slows down, with local leaders not wanting to consider more controversial development plans ahead of elections. Anticipating this, Barratt already has 86% of its planning requirements in place for 2016.

There is also the effect that a prolonged — or even a second — general election campaign could have on customer sentiment. However, the evidence suggests that effects are likely to be short lived, unless coupled with economic policy changes such as further austerity or rate rises.

The action any new government takes is likely to have a longer term and more profound effect.

The number of homes receiving planning permission is at the highest level since 2008. We’ve invested billions in land and in the coming months Barratt expects to be selling from the highest number of sites for six years.

This suggests the requirement to have a local plan with a five-year land supply, backed by the sanction of a presumption in favour of sustainable development, is concentrating minds. 70,000 homes have been purchased through the various Help to Buy schemes and the Help to Buy equity loan scheme has been extended to 2020.

Neither major party looks inclined to radically alter these critical elements of policy. The case for more homes has been made and won.

There was a hiatus in planning in the lead-up to the election last time round but that was anticipating major reform, so I’m not expecting a repeat of this.

But there are differences between the parties and in the heat of election these will be played up.

The Conservatives have set out proposals for their Starter Homes scheme. I would also expect continued emphasis on speeding up the planning process and a more aggressive attack on the regulatory burdens that deter investment.

Localism will continue to feature as they wrestle with the conundrum of delivering more homes, while decentralising power and giving local people more say.

Labour’s plans are ambitious — a target of 200,000 homes a year by the end of the next Parliament. Encouragingly, they have developed more detailed policy in this area than anywhere else, via the Lyons Report.

Labour has a lot of ideas to welcome — a more aggressive programme of public sector land release, a ‘right to grow’ for local authorities and a stronger obligation to have a local plan. There are also interesting ideas that need further development around housing growth areas and a new generation of garden cities.
Less encouraging is the theme of ‘use it or lose’. I don’t think it’s an issue for us — it’s not the business model we operate — but the rhetoric makes the sector nervous, alongside the discussion of a mansion tax.

But perhaps more important than what is said, will be what isn’t. I expect a conspiracy of silence around two big issues: the green belt and the need to fund social housing provision. We won’t tackle the housing crisis without addressing both, but we’ll probably have to get the general election out of the way first.