Mixed fortunes in store for UK property in 2017

After a tumultuous 2016, the coming year is expected to be a tough one for the UK property market. Returns are forecast to be flat or marginally positive as capital values continue to drift down.

The Investment Property Forum (IPF) UK Consensus Forecasts, which are based on the views of a wide range of institutional investors and property advisers, predict a total return of 1.3% and a 3.6% fall in capital values in 2017. However, some parts of the market are expected to be more resilient than others.

Continued uncertainty surrounding the outcome of Brexit negotiations means that investors are likely to be in risk-averse mode. As a result, long-let properties that offer secure income and assets in sectors with strong supply and demand fundamentals, such as logistics and retirement living, are likely to perform best. 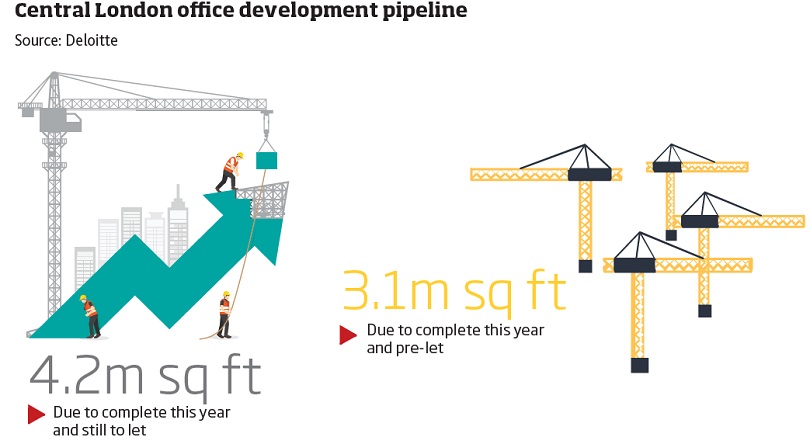 CBRE UK’s managing director Ciaran Bird says: “We actually expect to see some sectors such as industrial property outperform in 2017, while housing and newer asset classes such as healthcare and student accommodation will become more prominent on investors’ wish lists.”

By contrast, investor demand for properties with high vacancy rates and short leases is expected to be weak, which is likely to lead to many owners holding on to investments rather than selling them. The upshot is that total investment volumes are unlikely to pick up, with CBRE predicting they will be “more subdued” than in 2016.

Development activity is also likely to slow, although this will take time to feed through. The high number of schemes that got under way in 2016 means that the volume of new supply hitting the market will still be high. For example, Colliers International is forecasting that the amount of new shopping centre space to be delivered next year will reach highs not seen since 2008.

New space set to be delivered in the central London office market will also be high at 7.3m sq ft, according to Deloitte. Although 3.1m sq ft is already let, the new space is coming to market at a time when occupiers, particularly in the financial services industry, are more hesitant about committing to new offices because of Brexit. That doesn't bode well for rental levels.