The last year has been a bruising one for the European property investment, with activity down in the UK, Germany and France as post-Brexit-vote uncertainty led to Germany replacing the UK as the location of choice.

The latest data from Real Capital Analytics shows contrasts with the overall trend in European investment, as logistics warehousing was the only major sector that did not register falling investment last year with large-scale facilities (of more than 538,000 sq ft) registering a record €6bn (£5.1bn) of deals. 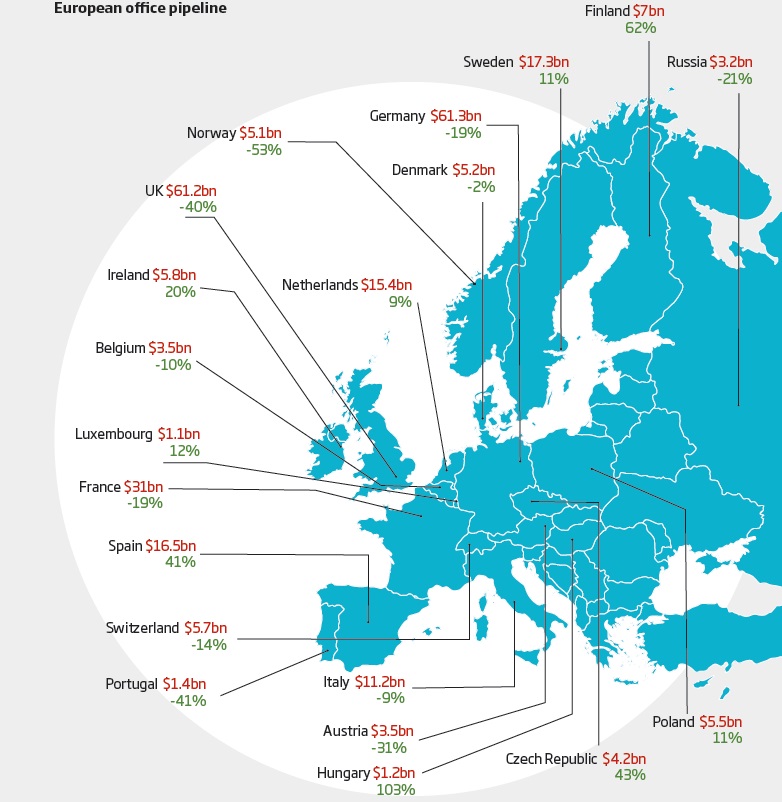 “One of the main drivers of the outperformance of the industrial market is the logistics sector,” said RC Analytics’ director of market analysis Tom Leahy. “Pan-European investment volumes increased from €12.0bn in 2015 to €12.9bn, a record for this segment.”

As well as a record volume of very large units trading, there was also strong demand for smaller units in urban locations that are typically used as parcel delivery hubs. These two segments of the market significantly outperformed the average transaction yields when compared to general warehousing. There is now an 80-90 bps yield gap, which has been widening over the past 12 months, and average yields for the larger units have ducked below 6% for the first time since RC Analytics have recorded the data.

In a recent snapshot of investor sentiment taken by Knight Frank, 34% of the 150 European-focused investors surveyed cited logistics and industrial as their preferred sector. Offices accounted for 28% and retail for 15%.

Overall, European commercial real estate investment fell 21% year on year in 2016 to €254.6bn, according to the RC Analytics data. This drop was due to the weakness of the three largest markets: the UK, France and Germany. Transaction volumes fell by 43%, 21% and 19% respectively.

The uncertainty over the terms of Britain’s eventual exit from the European Union was one of the contributing factors, but RC Analytics says the UK was already reaching its crisis point in the market cycle before the referendum vote.

The high pricing at this mature stage in the cycle and the possibility of a drop in tenant demand led to a 50% fall in investment in London. A 54% fall in cross-border investment meant that the city fell into second position behind New York in RC Analytics’ ranking of the top 30 destinations for cross-border capital.

Head of EMEA research at CBRE Jos Tromp believes that the decline in UK investment had a “two-fold” effect, as it was the major contributing factor to the corresponding decline in European volumes.

“Continental Europe saw investment going up by 4%. As the European Central Bank is unlikely to increase interest rates during 2017 and interest in real estate remains strong, the outlook for the European investment market remains positive,” he said.

While the value of German properties decreased in 2016, Knight Frank research shows that the country has replaced the UK as investors’ destination of choice in Europe. In the global rankings, it is now second only to the United States.

RC Analytics ranked Paris as the third biggest European investment market in 2016, following the UK, while pointing to Madrid as the fourth biggest market globally, despite a significant drop in foreign investment from 70% to 40%. The Spanish market recorded a 36% rise in transactions.