Take-up in London’s Midtown in the first nine months of the year was more than 1m sq ft up on the same period last year, according to Farebrother CORFAC International.

Jules Hind, leasing and development partner at Farebrother, says that the figures for the third quarter are particularly positive.

"We expected there to be a demand bounce-back following the political shocks of last year, but the rate of take-up in Q3 was also 24% above the 10-year quarterly average so the market is clearly being driven by more than just the decision-making that was on hold last year," says Hind.

"Most significantly, we continue to see a succession of new types of business coming into Midtown, as illustrated by lettings this year to Saatchi, Spotify, Verizon and Framestore." 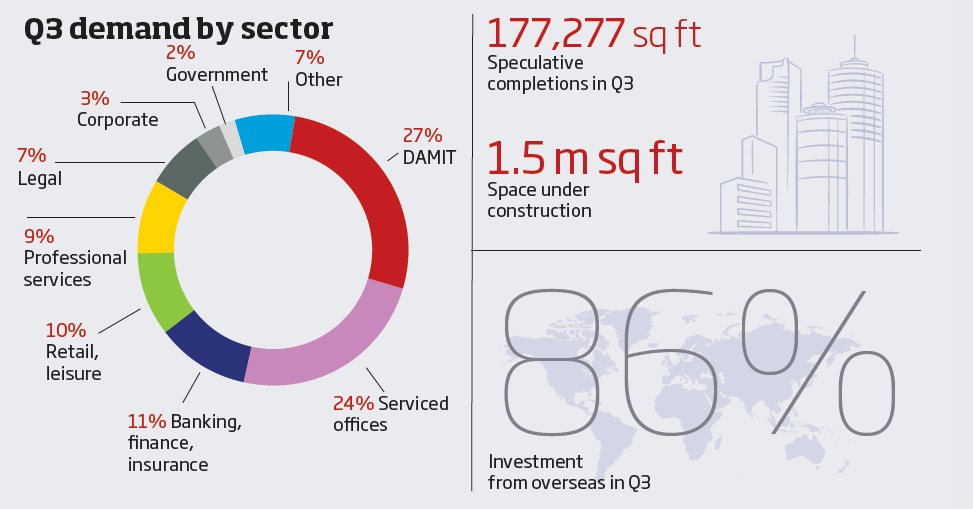 The third quarter was also more active than Q2 on the investment side. Deal volumes totalled £985m, which is well above the 10-year average of £608m.

"After an abnormally quiet second quarter of the year, Q3 activity was largely driven by three transactions: the sales of Lacon London, Aldwych House and 100 New Oxford Street, which together accounted for nearly 75% of volume," says Farebrother's head of investment Alastair Hilton.

"All three were to overseas purchasers and this underlines their continued dominance. In the round, overseas investors accounted for 86% of total turnover during the quarter."