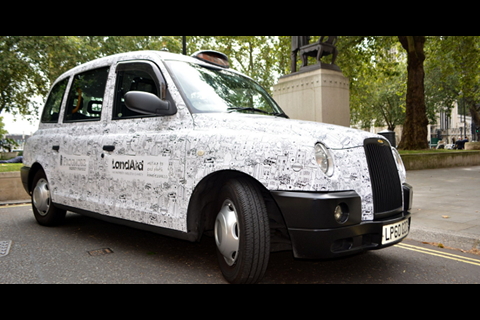 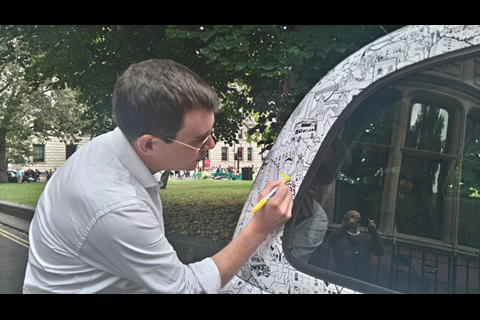 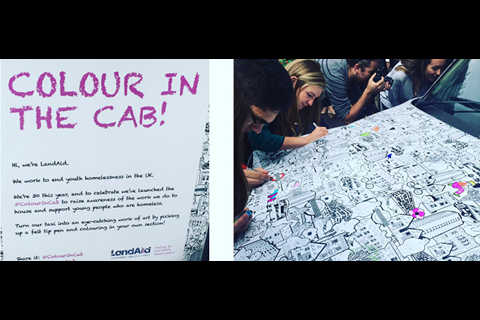 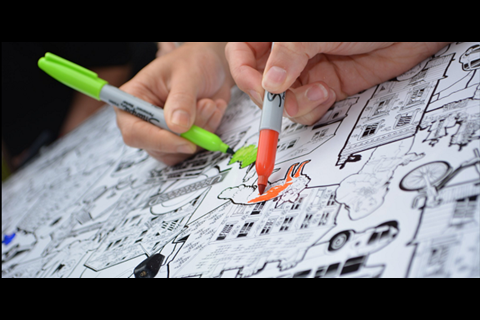 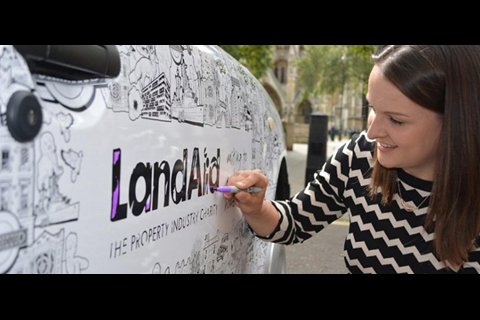 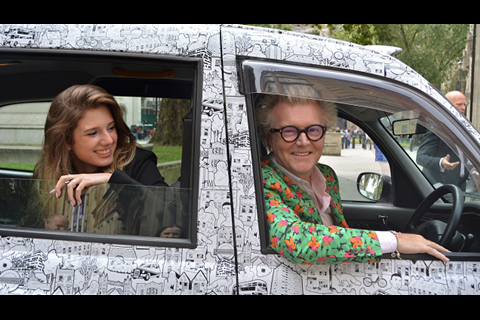 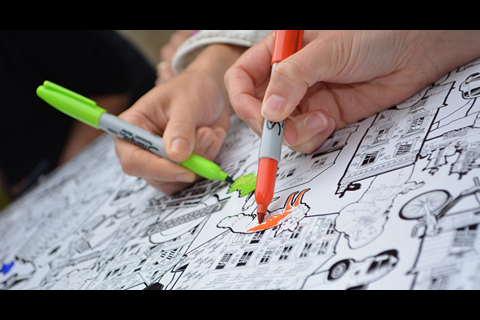 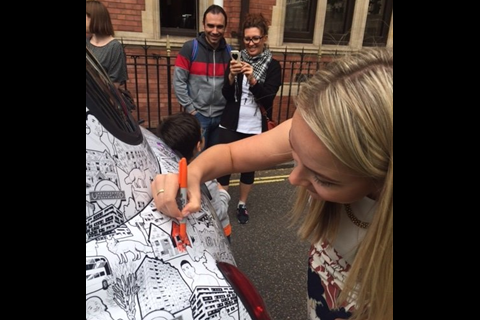 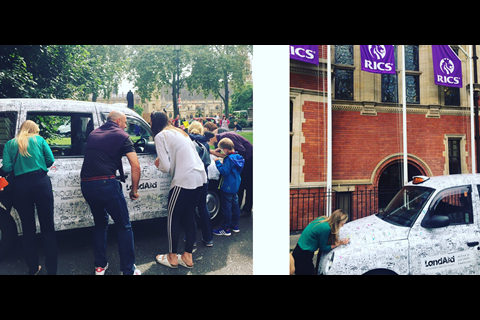 The property industry charity, alongside developer Frogmore, has launched London’s first taxi that can be coloured in aimed at raising awareness of LandAid’s work tackling youth homelessness.

Completely covered with illustrations of the projects and young people that LandAid supports, the taxi will also become a unique piece of public art.

Paul Morrish, chief executive of LandAid, told PW at the launch: “The colour-in cab is a completely unique addition to London’s streets.

“In addition to the taxi’s eye-catching design, we hope the jaw-dropping fact that over 80,000 young people experience homelessness every year will be just as memorable. Homelessness is a blight on the lives of each of those young people, and LandAid is determined to do what it can to help.”

The most fun you can have with a @Sharpie! Raising awareness of #youthhomelessness @LandAid https://t.co/OydgY9uIJv

PW’s own Adam Branson was among the first to add his penmanship, taking a page out of Joni Mitchell’s book to add a splash of yellow felt-tip pen to augment the design from Steve Edge and upcoming artist Clara Bacou.

Getting into the spirit of things with @LandAid taxi! pic.twitter.com/YR5w57ilxH

Businesses can get involved in the project by hiring the vehicle for corporate events and away days while members of the public have already begun posting selfies with the taxi on Twitter using the hashtag #ColourInCab.

Grab a pen and get involved! Help us create a unique piece of art and raise awareness of #homelessness. #ColourInCab pic.twitter.com/shxYQwwB0X

100,000 young people are expected to be #homeless in 2016. We’re using the #ColourInCab to raise awareness #YouthDay pic.twitter.com/VYiq1V7PhS

LandAid, which is celebrating its 30th anniversary in 2016/17, hopes the Colour-in Cab will make people think about the wider issue of youth homelessness in the UK.  The charity anticipates that the cab will be fully coloured-in by March 2017, in time for the end of its anniversary year.

Jo Allen, chief executive of Frogmore, added: “As one of LandAid’s growing number of Foundation Partners, Frogmore is proud to support the great work of the charity and its objective of ending youth homelessness. We hope the taxi livery will raise awareness and, as such, be a fitting celebration of LandAid’s achievements over the past 30 years.”