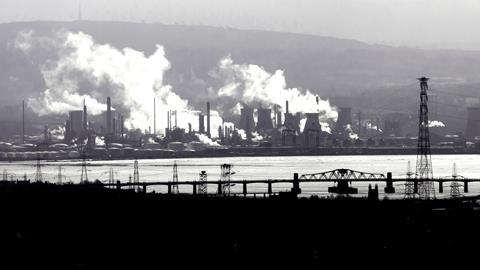 In its heyday, Avenue Coking Works in Chesterfield was producing around three million pounds of coke and 27 million cubic feet of gas per day.

When the 98 ha industrial plant closed in 1992 after 36 years in operation, the legacy it left behind was one of the most polluted pieces of land in Europe.

But that was then. Now, Kier Living is on site developing the first 252-home phase of a 489-home scheme at the site. On the face of it, it is a ringing endorsement of the role brownfield sites could play in delivering much-needed housing and given the need, it is little wonder that more development is taking place on brownfield sites than at any point in history.

Unfortunately, such sites are notoriously difficult, time-consuming and expensive to clean up. The remediation process on Avenue Coking Works started back in 1999 and it cost Homes England an estimated £179m to carry out the work.

So where there’s muck, is there really as much brass as people think? Or do we just have to accept that there are cons in developing such compromised sites as well as pros?

According to exclusive information compiled by environmental risk analyst Future Climate Info (FCI) for Property Week, last year 1,029 property deals totalling £951m took place in postcodes either occupied or formerly occupied by industrial facilities. Of these, 56% were residential purchases, at an average price of £332,055, while 44% were non-residential and commanded an average price of £1.69m.

Find out more and see the maps behind the FCI data

“The UK has a long industrial history and is littered with tracts of land that once served as landfill sites, chemical or gas works or factories,” says Geoff Offen, managing director at FCI. “Now, thousands of square miles of land on which our homes, offices and other buildings are built have the potential to contain toxic substances such as arsenic, lead and zinc, left behind in the soil.”

Local authorities have a duty to inspect all the land in their area. For land to be designated as ‘contaminated’ under Part 2A of the Environmental Protection Act (EPA) 1990, there must be ‘significant harm occurring or significant possibility of significant harm’ (SPOSH).

“A site investigation might find contamination but without something or someone being harmed or polluted and a means by which the contamination can access someone or something, land can’t be identified as contaminated,” explains David Rudland, a local authority contaminated land officer and chair of Environmental Protection UK’s land quality committee.

“Once SPOSH is decided then liability for managing the contamination must be determined. It’s quite a complicated test and arguably the most difficult point of the contaminated land regime.”

The other issue experts flag up is that although modern properties are subject to planning controls designed to ensure that land is properly remediated before anything can be built there, before 2000 planning controls were less rigorous or not applied at all. But that changed with the implementation of Part 2A of the EPA. 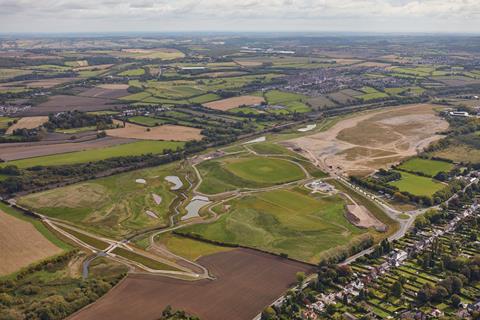 The issue is exacerbated by the fact that no central government body is tasked with collating a list of sites that present a potential risk. An Environment Agency (EA) spokesperson confirms that there is no full, centrally held register available and adds that the agency is “not responsible for holding data about contaminated land sites… this responsibility is with the local authorities that are the regulators for contaminated land and determine sites as such”.

The EA periodically produces a State of Contaminated Land report. The most recent, which covers 2000 to 2013, reported that 11,000 sites were inspected in this period and that of the 511 identified as containing some degree of contamination, the majority posed unacceptable risks to human health, with the most commonly found substances being arsenic, lead and benzopyrene.

However, only 197 of the 326 local councils in England submitted information to the EA for the report. In a bid to gain greater clarity, Property Week submitted a Freedom of Information request to all 418 UK councils asking them: how many potentially contaminated sites they had identified; what the contaminants were; whether the sites had been remediated; and how much this had cost.

The list of responses shows that the detail is inconsistent and the overall picture far from clear, despite the fact that in April 2017 each local planning authority was required to publish a brownfield register and prioritise these areas for future residential development.

Identifying a contaminated site is only half the battle. After pinpointing a problematic site, you have to clean it up and to do that, you need to establish who is liable for the clean-up work, which is easier said than done.

“Primary liability is for anyone who has caused the land to be contaminated, so the actual polluter,” says Valerie Fogleman, professor of law at Cardiff University and vice-chair of the City of London law society planning and environment committee. “But the so-called ‘knowing permitters’ are the local authorities, organisations or whoever acquiesces to the land’s pollution – or find out that the land they own or occupy is contaminated, but don’t remediate it within a so-called reasonable time when they have the power to do it.” So local authorities can themselves end up liable.

“The so-called ‘knowing permitters’ are the local authorities, organisations or whoever acquiesces to the land’s pollution, but who don’t remediate it within a so-called reasonable time when they have the power to”

The clean-up process can take years to complete and be incredibly costly, requiring a number of measures from digging out the contaminated soil and replacing it with clean soil, through to injecting chemicals into the ground to clean up the soil or groundwater.

The latter approach is used by Regenesis, a company that specialises in cleaning up sites that have contaminated groundwater. “A very complex site can take a very long time,” says Regenesis district manager Jack Shore. “Validation that the soils are clean can be done quickly, but if you want to validate that the groundwater is clean, it can take up to two years.”

In the “good old days” the government used to give large grants to local authorities undertaking remediation work, says Rudland. In the period 2008-09 and 2016-17, Defra says it awarded grants of £27m. However, those grants have been reduced to virtually nothing. The Defra grant scheme closed in 2014, with a small contingency made available (subject to internal budget approval) each year for three years.

This year, for the first time, no money at all will be made available to assess and remediate contamination. This will inevitably have an impact, says Tom Sizmur, lecturer in environmental chemistry at the University of Reading. “I think the number of sites designated as contaminated land would be higher if local authorities had the willingness and means to identify all contaminated land,” he says.

In many instances the only reason a site is designated as contaminated is because someone calls the council following an inspection of the land when a sale or development is being planned.

“It was a real blight on the local area, because it was unsightly and derelict”

In the case of Avenue Coking Works, Homes England knew the site would be problematic from the outset due to its well-documented industrial history. It took 19 years to complete the remediation work that transformed the heavily polluted site into something that family homes could be safely built on.

Working with the former East Midlands Development Agency, it commissioned environmental consultancy Jacobs to develop a remediation strategy for the land. So complex was the job that the actual physical remediation didn’t start for a decade and hundreds of technical experts worked on the project over the years.

Amanda Keeton, project manager at Homes England, says it wasn’t a viable option to leave the site as it was. “It was a real blight on the local area, because it was unsightly and derelict,” she says. “It didn’t look good and the local population was worried about what the future held.”

Although it was an exceptional case due to the size of the site, the fact it could be cleaned up shows what can be achieved with brownfield sites, adds Dave Stewart, who led the project at Jacobs. “If you can clean the Avenue, it’s technically feasible to deal with the vast majority of sites in the UK,” he says.

Technically, yes, but the fear is that commercially or time-wise, not so much. So although local authorities are now obliged to publish a register of brownfield land and prioritise it for residential development, it could be some while yet before huge tranches are brought to market and supply starts to bridge the gap to meet demand.

See all the data and visualisations here