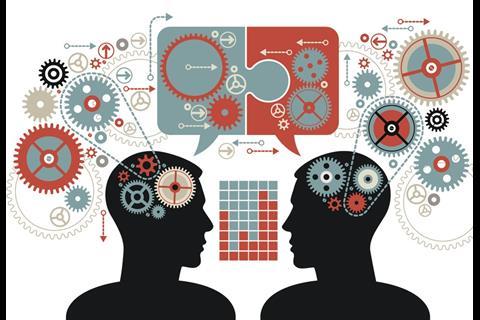 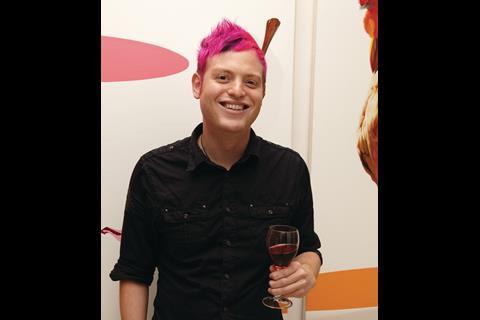 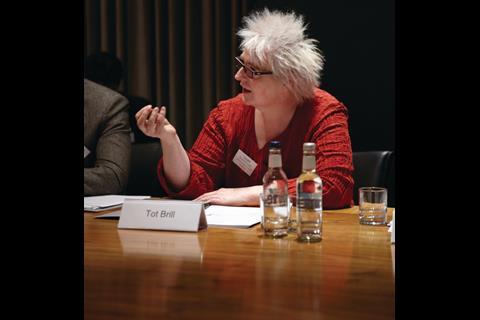 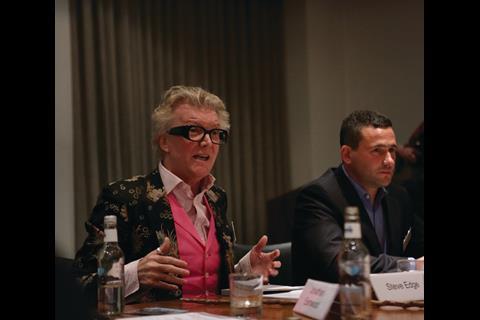 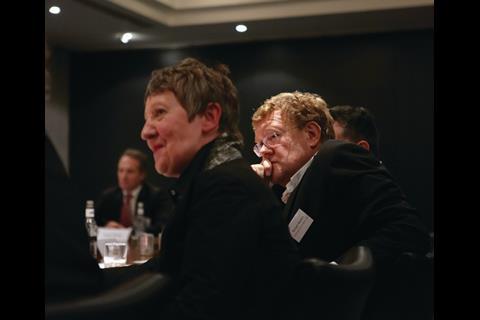 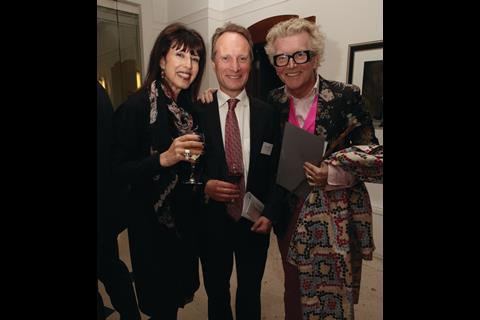 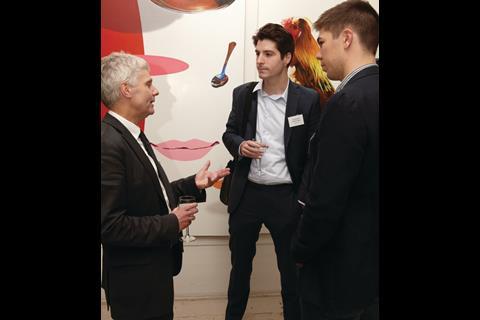 When I moved to Shoreditch 30 years ago, there was nobody there. Back then, Shoreditch was perfect for creative people like me because it had big spaces in old and beautiful buildings that were really cheap, it was edgy, and risky. That’s why Shoreditch is what it is now. No one planned for it to be that way, and we didn’t all decide to move there together.”

London’s infamous East End is the perfect place to start a debate on the future of the city, and not just because of its rising fortunes as a thriving artistic district. More importantly, the observations of Steve Edge, founder and creative director of brand business Edge Design, on Shoreditch’s organic evolution proves that the challenge of replicating its success elsewhere in the city is not straightforward.

The Big Think on the Future of London, a series of three debates organised by consultancy Central and law firm Mishcon de Reya, aims to take on this task.

“So how do we balance that, and make that work for the whole of London?” asks chair and director of Central, Patricia Brown, in her opening remarks at the first, at Mishcon de Reya’s Holborn offices on the evening of 4 October.

Over the course of the two-hour debate, talk of the banks and what financial services can do for the city’s economic growth warrant only a cursory mention. The topic appears passé — unsurprising given the guest list. Around the table fellow creatives like Edge — a tech entrepreneur and social media marketer from California — represent what Brown terms the “new breed” of industrialists that are shaping the city’s future.

US-born Marc Blinder from Adobe, sporting dyed pink hair and in casual clothing, and Airbnb’s David Randall shine a light on the challenges ahead for landlords, planners and government. They recognise London’s pre-eminence as a world city, but their needs as businessmen require a working environment that is so much more than the office they occupy — whether or not it has air conditioning is the least of their concerns.

“There is a major shift under way in the software industry, where the marketing officer is spending more money on software than the chief financial officer. Therefore we need and want to be near to our clients, and we want to be near cool places, so that we can take them out for drinks in the evening,” says Blinder, director of European operations, business development and strategy at Adobe, which moved into an office in Fitzrovia in August 2011.

We need to be near to our clients, and we want to be near cool places

Randall, head of business and development for UK and Ireland at online residential accommodation marketplace Airbnb says Tech City — now home to more than 600 businesses — was the “obvious” place to be when his firm moved to its permanent London base in early 2012, as part of an overseas expansion. For him, proximity to its “community” and like-minded operators was key.

“It had the type of people we wanted to grow our business with, and a social life around it, too,” says Randall. Crucially, being close to their “communities” gives them the ability to build relationships and that helps them to innovate. A desirable place to these entrepreneurs can be as simple as being able to grab a coffee at a nearby cafe that has “always been there” or streets that have an “ad hoc, authentic feel” and are devoid of homogenised global brands.

Although simple enough, these environments are hard to plan.

As Jason Prior, chief executive of planning, design and development at Aecom, says: “I don’t remember anyone who set about to create an arts cluster and pulled it off,” adding, “It is a huge mistake to try and prescribe and define fringe activities.”

There are nods of acknowledgement, as the conversation quickly moves on to the government’s recent efforts to promote Tech City and Old Street’s Silicon Roundabout through schemes to encourage young people to start their own businesses.

“We post-rationalise movements. If you a see a bandwagon, you’ve probably missed it,” says Prior.

The consensus around the table is that planning and masterplanning work best as frameworks that facilitate individualism and change, rather than design it. These are the principles at work on Argent’s King’s Cross development, and which shaped Brindleyplace in Birmingham, says Prior. Nods of acknowledgement again.

“There is an element of risk associated with creating places. [Argent] weren’t prescriptive about outcomes. They made places by giving people free rent for a year to get a restaurant off the ground.

It is about harnessing the power of people and not putting too many restrictions on them.”

That need to take risks seems to fall at the door of developers rather than politicians. As Eric Van der Kleij, special adviser on technology at Canary Wharf Group, appears to suggest, if anyone holds the key to promoting innovation for the sake of London’s future, it is landlords.

“For young businesses that don’t have triple A covenants, they need to be part of a cluster, so they are less likely to fail,” says Van der Kleij. He mentions Instagram, the free-photo-sharing program and social network that Facebook acquired in September this year for $1bn — just two years after its launch. 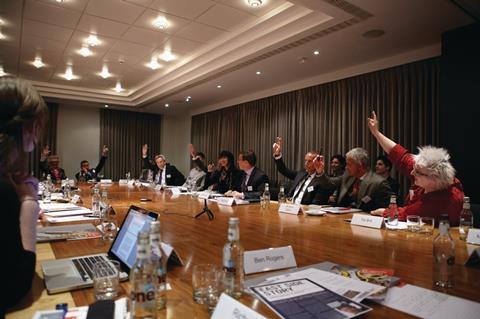 “If you were approached by Instagram in its first year [for a lease] and they had no accounts but a great idea, how would you see it?” he asks. “That’s the kind of business we have to think differently about, and embrace.”

Richard Upton, chief executive of Cathedral Group, agrees that landlords and tenants need to be closer in what Van der Kleij terms “this new narrative”.

“There is a very distant relationship between the property industry and the people who inhabit their spaces,” he observes. Awareness of whether tenants such as Randall or Blinder drink coffee or eat sushi at lunchtime is as vital to engendering their commitment to a place as anything. Richard Baldwin, Derwent London’s head of development, agrees.

“We spend huge amounts of time talking to our occupiers, many of whom are in the TMT [technology, media and telecoms] sector, trying to understand the kind of space they want to inhabit.”

Angus Boag, development director at Workspace, takes up the theme of responsibility and its role in encouraging innovation. He asks the 4,500 businesses in its portfolio to participate in open days to give school children a taste of working life.

“There are kids out there from families where there are two or three generations of unemployment before them,” says Boag. “So these experiences are an eye opener.”

Unlike risk taking associated on a tech start-up, this investment in innovation has no impact on the bottom line. Is this how to shape a better
for London? It is probably worth 10 government schemes to support young entrepreneurs.

This issue is at the root of the debate, too, and begs a wider discussion over housing, and its role in retaining talent and skills within the city’s boundaries — issues that will hopefully be picked up.

We concluded with a reminder of what the suburbs have to offer: the businesses now in Leytonstone occupied Chelsea not so long ago, and Notting Hill has transformed from a no-go zone to a fashionable, affluent district. We ignore the poorer suburbs of London at our peril.

“In 50 years’ time, we will be talking about different parts of London,” says Richard McCarthy, executive director of Capita Symonds. “Places where buildings that were vacant became something different. They didn’t just get knocked down.”

Lucy Scott is editor of Lost in London magazine