The growth of BTR in the north

Yardi invited a team of northern property experts to The Slate Yard, a build-to-rent development in Salford managed by urbanbubble, to discuss how the relatively nascent sector is evolving in the north of England and to explore the main obstacles that stand in the way of BTR’s future growth in the region. 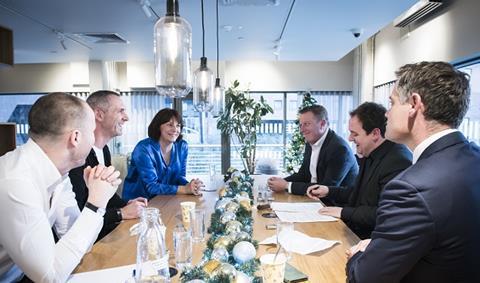 Where have we seen significant levels of BTR development take place in the north to date and why?

MC: Manchester is streets ahead of other cities at the moment. I guess it comes down to the rental levels that you need to derive from occupiers and the void levels you can accommodate, which filters through the financial model to result in whether something is developable or not. The dynamics in Manchester work because you can see lots of activity happening here, but you don’t see as much activity happening in other strong northern cities – Liverpool, Leeds and the like. The same dynamic must exist in those cities in terms of agile workers that want to live there and have the flexibility of the BTR offer, but rents need to get to a level where developments become viable. 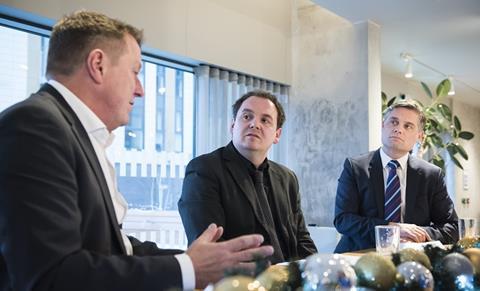 Matt Crompton (left): “Manchester is streets ahead of other cities for BTR”

SM: You can’t separate what’s going on in the housing market [in Greater Manchester] at the moment from all those large new employers coming into the city and I think that’s what distinguishes the area. While those other northern cities have got great assets and things to offer, it’s just the sheer size of the economy here and how that’s developing and growing. If you look at the numbers you can’t separate it out. Every single inward investment enquiry we receive begins with questions about transport infrastructure quickly followed by a company’s director of HR asking: ‘Where is my workforce going to live? What’s the culture and feel of this city?’

In Manchester, a lot of BTR units are coming on stream next year. Is there a danger too much stock is hitting the market at the same time?

MH: What we know is that the housing stock in Manchester is not keeping up with population growth. There has been a re-urbanisation of our city centre and this is a very young city for urban living. I look at these next two years as a photo frame. Do we think there is too much stuff coming to market in the next two years? Possibly, but those homes will all get filled. I just think there will be a little bit of a wobble on some of the price points, particularly for the more luxury, premium [BTR] brands that won’t hit the pound per square foot they’re after.

GT: There’s a nuance to what you said there in terms of luxury brands or even mid-priced brands. It can’t just be generic product. There needs to be some difference in that product; otherwise you’re going to end up with a lot of stock. 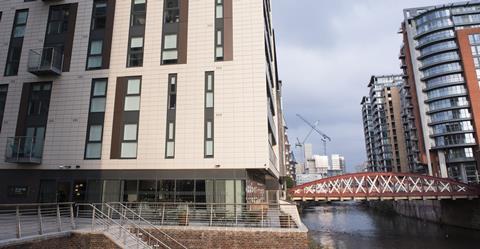 The Slate Yard is part of the re-urbanisation of Manchester

AH: I think we’re looking at two distinct time periods. There is the stuff that is being built and finished now and the stuff that was built in the period around 2007-08, which let up remarkably well because there was undersupply. I suspect if there is going to be a wobble it will be some of those older ones that will drop off first because we’re all attracted to shiny new things. But it will resolve any issues over affordable housing in the city, which will attract more people into the city centre.

Some people have already called the top of the market for BTR in Manchester. Is it premature?

GT: In terms of land values you probably are experiencing the top of the market, but in terms of the [rental] values you get per square foot I think there is still a little way to go.

MC: I agree it is fairly frothy land wise, but there is definitely a way to go when you look at the demand that is coming on stream. If there is going to be a wobble in the market, it will only be on price. Location is still key so it won’t be the schemes that sit cheek by jowl with the station or on top of good-quality leisure or whatever that will struggle. I think good-quality BTR stock has got an incredibly bright future. 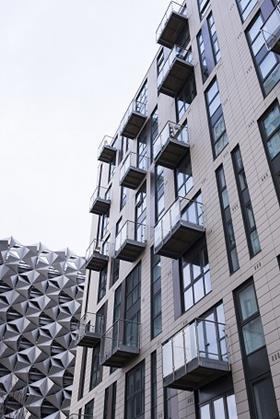 How engaged has the council been with the BTR community in the city and how does the current level of development sit with the council’s housing delivery targets?

SM: Salford has always embraced the idea of working with the private sector and we have all sorts of partnership arrangements in the city. At the moment we are interested in really understanding what’s going on in the market, how are things changing and what the nuances are. As the public sector it’s really important for us to stay in tune with how the market is developing and the only way to do that is to have a good working relationship with the BTR sector.

AH: From the city’s perspective, I think one of the big challenges is a lot of the schemes coming out of the ground are designed by a spreadsheet in all honesty. They’re very transactional. ‘How many units can I fit on this piece of land, times that by the rent, times it by the yield, knock off your costs and that’s your profit, great.’ At the same time, I think various schemes are happening – and I include The Slate Yard in this – where people are trying to make them into homes.

GT: We genuinely see value in patient capital. If we create a place, if we create the brand, then long term we’re going to extract a greater value from it. Whereas if we’re looking at a spreadsheet and we’re an institutional investor that says ‘what’s my bottom line?’ it’s a very different attitude to investment.

What’s the perfect ingredient for a BTR scheme in this region at the moment?

MH: The three major factors for residents are price, location and security. Security isn’t just about having access control. These schemes come with 24-7 staff so when you walk through that door you have that peace of mind and the feeling that it’s your home.

AH: I think customer service is the most important factor. If you want to go and rent a terraced house or a flat somewhere it’s still a pretty miserable experience dealing with the local agent and dealing with credit checks. I don’t think institutions are necessarily great at the development side of things, but once BTR schemes are up and running they run a really slick operation. From the minute someone turns up to do a viewing, it’s a really professional experience. Someone will meet you there, your credit checks will be done almost instantly and you could move in within a few days.

MH: In the next quarter we’re hopefully going to launch instant credit referencing and no-deposit living. Can you imagine coming to a BTR scheme and being told there are no fees, we’re not going to take a deposit off you and we are instantaneously able to give you the result and say: would you like to come and live here and choose an apartment? I’m really proud of the fact that next year in Manchester people will get the chance to walk in and take an apartment on the same day by paying a small fee to reserve it and that will come out of their first month’s rent. I think that’s a real step-change in the market.

Do you think there is any value in amenities and offering residents things like gyms, swimming pools and even coworking space?

GT: Massively. Over the last few years we’ve been in this ‘live, work and play’ bubble where you need amenities that allow you to sit down and work from home or have a gym downstairs. The amenity offer is changing. There are a lot of fads out there, but there is no doubt if you have world-class amenities it sells product.

AH: I think there is definitely space for amenities, but the challenging thing is to try and think of things that people haven’t already done. A lot more people work from home today than they did 10 years ago, but I do think they also want to get out of their apartments sometimes and go and sit and work in the residents’ lounge because it’s either do that or go and pay a lot of money for WeWork. 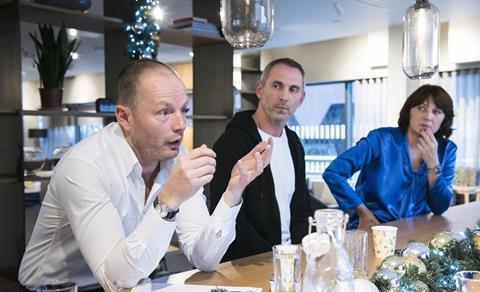 Gavin Taylor: ”There are a lot of fads out there but if you have world-class amenities it sells product”

SM: It presents a big design challenge for the BTR sector because you want to build in that flexibility and you want a space this is able to adapt over time to what the next trend and changes in demand are.

MH: You have to understand what functionality customers want and what a development can do because some developments simply can’t provide a gym or a rooftop. We’ve got to keep talking to our customers because their tastes and fads are changing more rapidly than ever before.

What role can technology play in helping to manage the relationship between landlords and residents and is the BTR sector wholeheartedly embracing the use of tech?

MH: There are two parts to this – there is what’s right for the customer and what’s right for the operator in terms of efficiency. We use Yardi’s RENTCafé, which allows us to talk to our residents; however, there are so many little add-ons out there and proptech companies, and people are constantly trying to offer you a new app, so it’s been very difficult to look at what technology we should have. In the future we will have voice-enabled technology within apartments with Internet of Things devices over the top, so rather than having to tell the building operator that your washing machine is broken, they will automatically know. 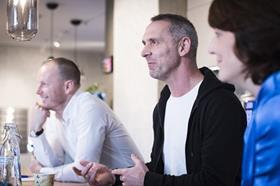 Alex Higgins: one of the biggest challenges is how do you introduce BTR into places like Ashton and Rochdale

What is the biggest challenge to the future growth of the BTR sector in this area and the wider northern region?

GT: The two big challenges are build risk and policy risk. There are a lot of unstable contractors out there – and there is still more to come out – and if we shift towards the left politically, home ownership is a massive vote winner, so policy may shift in the direction of home ownership and affordable rather than BTR developments.

AH: One of the biggest challenges is: how do you introduce BTR into other cities and surrounding towns, so places like Ashton and Rochdale that would benefit from having this well-managed space? It all comes back to viability because it probably costs pretty much the same to build in Rochdale as it does in Manchester, but the rental values are nothing like the same.

While BTR is still viewed by some as an emerging asset class, it’s exciting to see Manchester as a leading light in terms of growth. The determination from organisations to deliver quality housing with the desired amenities at a demographically sensitive price is clear. How organisations optimise services to create value-add experience is particularly interesting. We at Yardi see the synergy between this and how technology continues to develop, not only to meet current needs, but the future requirements of both operators and residents in a rapidly evolving, service-driven space.