The benefits of investing late in the cycle

There are many stories to be told of companies, both public and private, where too much emphasis has been placed on acquisitions to drive growth.

The banking sector in the last cycle had a few significant examples, while some outsourcing groups are currently making the wrong sorts of headlines as they come to terms with deals made in an attempt to gain market share. Perhaps it is the case that the benefits of acquisitions seem clear but the downsides less obvious. As M&A activity reaches new heights, it is important to understand what lessons can be learned from history about the level of scrutiny required at this point in the cycle. 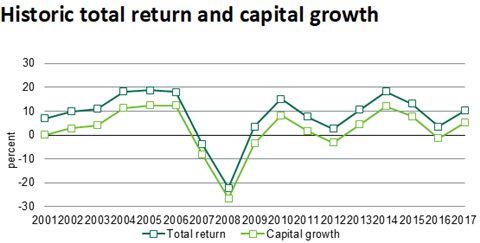 The years of 2005 and 2006 saw double digit capital growth, before values declined for three years in 2007-2009, prior to a rise in 2010. It thus seems fair to define 2005 and 2006 as “late cycle”. We also incorporate the fact that at different points in the cycle, investors purchase either at a premium or discount to valuation so that £100 of investment does not always purchase £100 of real estate exposure.

This would appear to demonstrate that rather than chasing the last couple of years of returns at the end of the cycle, investors would be better off sitting out the last excesses, perhaps even selling to pay down debt (if applicable). However, the shortcoming of the above analysis is that it considers things only from the point of view of the “average” – the average return for the average portfolio. We would highlight two important considerations that it does not capture.

Firstly, not all assets behave identically in a downturn. If “late “cycle” is followed by “correction” – which is by no means guaranteed, as the cooling but not outright decline in UK property market performance in the era of the dotcom crash demonstrated – then investors will still be able to out-perform by investing late cycle in resilient assets.

To pick two characteristics that prevailed after the 2007-09 period: office markets (such as London) that had a low level of vacancy and pipeline supply going into the downturn were typically the first to recover, both from an investment and occupier demand perspective; while long leased properties out-performed significantly during the 2006-09 period as investors favoured the defensive nature of guaranteed income streams. 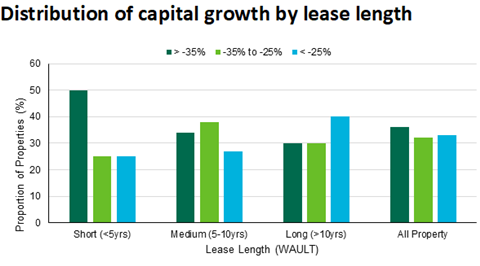 Secondly, investors are rightly gripped by late cycle periods as they frequently represent opportunities to acquire assets, portfolios and platforms that would not otherwise be available. Across Europe, real estate M&A activity has surged of late as multi-billion dollar deals such as Unibail-Rodamco’s purchase of Westfield and Blackstone’s sale of Logicor to CIC have shown some investors’ determination to grasp opportunities in sectors of the market where there are perceived benefits from disruption that can be maximised from scaleable platforms and will deliver direct operational advantages from the efficient management of dominant real estate portfolios.

In short then, investing late cycle, if done generically, may not be terribly successful – it may be the seller who gets the better side of the deal. But even at a high entry point to the market, careful market and asset selection can definitely deliver out-performance, while some truly “once in a cycle” opportunities will pass those investors by who are not prepared to enter the market when it is late cycle.