German publisher Axel Springer has upped its investment stake in online estate agency Purplebricks to 12.5% and suggested it could target further investment. 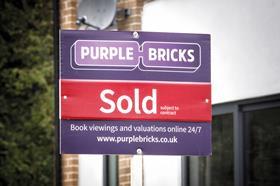 In March, the digital publisher bought into the company with a £100m new share subscription alongside £25m of ordinary shares, to give Axel Springer an 11.5% holding in Purplebricks.

It has now purchased an additional 3m shares at £3.07p per share and said “it is possible that we [will] increase the stake further”.

“We still view this as an innovative business model that allows us to participate in new markets,” a spokesman for Axel Springer added.

On the back of the announcement, Purplebricks also confirmed the completion of its acquisition of Canadian real estate firm DuProprio/ComFree for £29.3m as part of its major expansion push. The deal will make Canada the fourth market that Purplebricks is active in alongside the UK, Australia and the US.

“Following the successful strategic investment of £125m in Purplebricks by Axel Springer we are pleased to have made this acquisition of what is the leading digital real estate business in Canada,’ added Purplebricks chief executive Michael Bruce.

“We are excited to help them build upon the substantial market share they have achieved in Quebec and started to build in other parts of Canada.”

Last week, shares in Purplebricks fell by some 5% when it announced widening pre-tax losses due to higher marketing and expansion costs.