Redefine has issued an bouyant trading update, and revealed details of a €156.8m acquisition in Germany. 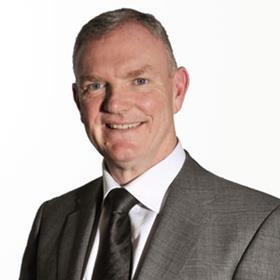 In the update for the first quarter ahead of its AGM, the income-focused investor revealed that after signing 15 new leases occupancy levels had improved a fraction from 97.3% on 31 August to 97.6% as of 27 January.

Redefine also revealed that underlying EBITDA for the group’s RedefineBDL managed hotel portfolio increased 10.2% during the quarter. This excludes its recently acquired hotel, DoubleTree by Hilton, in Edinburgh, which Redefine said was trading positively and in line with expectations.

The company also announced it was expanding its European portfolio with the acquisition of a €156.8m portfolio of German retail properties in joint venture with Redefine Properties, the company’s largest shareholder.

The deal reflects a yield of 7.5% and will be acquired together with existing bank debt of €100m, which the joint venture intends to refinance immediately after the transaction closes. Subject to re-financing, the acquisition is expected to produce an initial yield on equity in excess of 11%.

In its statement, the company was positive in its outlook, given continued low interest rates.