Vistry, the housebuilding giant formerly known as Bovis Homes, has said the group performed “better than initially expected” during the Covid-19 lockdown and was now operating across all of its 73 contracting sites. 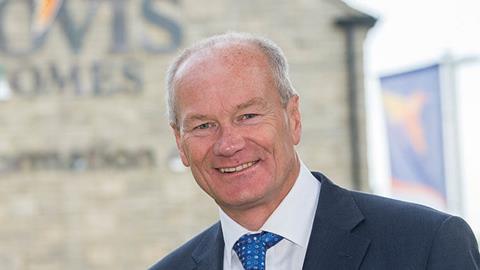 Vistry boss Greg Fitzgeralld said the group has “more than 5,600 operatives working safely across our developments”

The group said its forward order book stands at £827m, and is now operating on 31 of its 34 Partnership sites.

However, despite claiming it remains “financially strong” with net debt of £476m and banking facilities of £770m, Vistry did not rule out taking advantage of the government’s Covid Corporate Financing Facility (CCFF).

It said: “We are pleased to have received confirmation that Vistry Group, subject to the Bank of England approving relevant documentation, is eligible in principle to access funding under the CCFF should that be required.”

Greg Fitzgerald, chief executive of Vistry, said: “In these unprecedented times, the group’s performance during lockdown has been better than initially expected in respect of reservations, completions and cash management. We are pleased by how effectively our site management and health and safety teams have adapted to the new operating procedures. As a result, we currently have more than 5,600 operatives working safely across our developments and expect productivity to continue to increase.

“The continued strength of Vistry Partnerships throughout the past two months has proven our rationale for the acquisition, which has given us a highly resilient business underpinned by significant demand for affordable homes.”

Over the past eight weeks the groups said it had been “encouraged to have taken 447 gross private reservations” resulting in 300 reservations net of cancellations”.

The group added: “The rate of sales has been an improving trend, with a sales rate of 0.26 over the past three weeks. We have exchanged on 310 homes and legally completed a total of 257 private sales in the eight-week period. Our pricing over the past eight weeks has been broadly in-line with our forecasts. In addition, levels of website traffic and prospects have been strong, and in recent weeks have returned to the levels we saw in January and February, indicating continued strong demand.”