Future in politics unlikely for the Polish prince

The London mayoral contest may have turned out to be a bit of a damp squib with Sadiq Khan running away with it, but Metropolis was intrigued to see how fortunes favoured some lesser-known candidates further down the list. 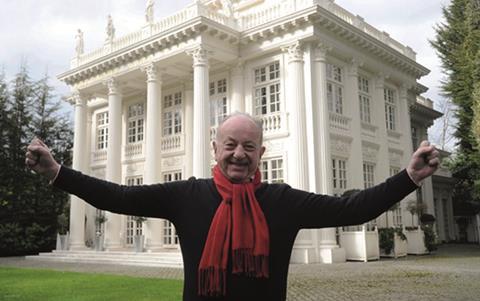 A lot further down, as it turned out. Property developer and ‘Polish prince’ John Zylinski had pledged to build a million homes in the capital in his four-year term and had been courting the vote of 300,000 Poles, but ended up coming in second last.

The charismatic developer, who once challenged Ukip leader Nigel Farage to a duel over his views on immigration, polled just 13,202 votes - or a 0.5% share.

The independent candidate, who eight years ago finished the development of the ‘Ealing White House’ to commemorate his grandmother’s palace in Poland, which was burnt down by communists, came in 11th just ahead of the One Love Party.

Although developers may have been rubbing their hands at the prospect of a radically pro-development mayor, it’s safe to say a future in politics does not lie in store for the Polish prince.