Buy-to-let used to be all the rage. Developers keen to score some early runs packaged up enough ‘off-plan sales’ to make a Far East sales trip worth the air tickets and liver damage. 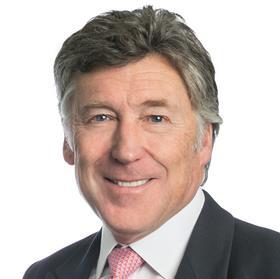 From a temporary sales suite in a five-star Hong Kong hotel, they quickly churned highly leveraged deals to ‘sophisticated investors’ prepared to gamble a 5% deposit against a 10% rise in value during construction.

Incredibly, every development in town was conveniently situated for the City, Buckingham Palace, the Royal Albert Hall and the Thames, actual geography notwithstanding.

While supply was tightly controlled by developers and housebuilders (ably supported by the planning system), prices inevitably soared, so the majority of the investors stayed in and became BTL investors. BTL was entirely unregulated, so tenants could only hope that when the boiler broke, the +852 number they had for the landlord would be answered by someone who could speak English and had the contact details of a local plumber.

BTL was, of course, not solely confined to new developments. Many private individuals bought flats and houses to let, some building up sizeable portfolios. Most were diligent landlords who engaged managing agents to deal with maintenance and rent collection. However, a worrying number cut corners, illegally subdivided properties, ignored health and safety laws and failed to maintain their properties. The rogue landlord had returned. 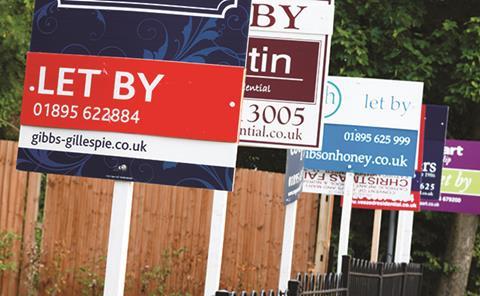 At first it was not in the government’s interest to clamp down on rogue landlords. In 2007, the UK private rented sector provided 2.8 million homes for rent. By 2017 this had grown to 4.5 million homes. If each home had an average of two and a half tenants, that’s 11.25 million people who would not be troubling a housing waiting list.

However, in the background a new, professionally managed rental product was emerging and this gave the government the opportunity to squeeze out the rogues without needing to finance an alternative solution.

However, BTR has been slow to evolve because it has been the unintended victim of two government policies: firstly, the gift of Help to Buy, which makes BTR even more uncompetitive in the land market; and secondly, the anti-rogue landlord skirmishes such as the requirement to pay double stamp duty on a second home. It doesn’t take very long for an institutional investor to hit that hurdle.

Despite the volleys of arrows, the pioneers in the BTR market persevered and it has established itself, notwithstanding a total lack of government support. BTR provides the elements that maintain stability, provide safety, promote community, manage repairs and welcome longer-term tenancies. Some BTR landlords employ all customer-facing staff (lettings, operations, maintenance, H&S, finance) so that tenants can be confident issues will be resolved quickly.

Despite the volleys of arrows, the pioneers in the build-to-rent market persevered

However, BTR’s main contribution, with which BTL can’t compete, is community. A glance through HomeViews (the TripAdvisor of the property market) will show that tenants again and again comment on the benefits of knowing their neighbours, attending landlord-planned social events, communicating via an app and knowing that in their absence their home is safe, the pooch can be let out and parcel delivery will be taken care of.

And when that community is replicated across a portfolio of buildings all managed by the same company, enabling tenants to move easily between buildings, between cities, even between countries, tenants and investors begin to appreciate that a BTL landlord with an +852 phone number just can’t do that.