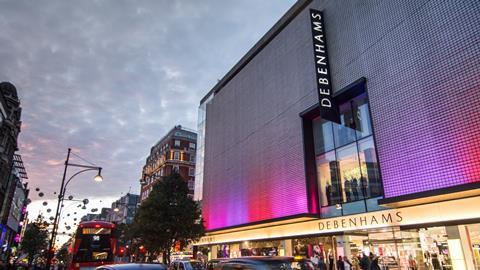 Can Debenhams' new owners turn the ailing chain around?

When news broke last week that department store chain Debenhams had been acquired by its lenders in a pre-pack deal, Sports Direct owner Mike Ashley was apoplectic.

Ashley – who had invested around £150m in the business – had submitted two bids in the space of a few days to buy the chain, both of which were rejected. He described the decision to allow the lenders to take over the business as a “national scandal” and threatened to pursue the matter unless the decision was overturned.

Retail experts suspect that Ashley intended to amalgamate the business into House of Fraser (HoF), which he acquired last year from administrators.

That is all academic now. It is not yet known how the new owners intend to try and turn the ailing chain around. The expectation is that they will offload 50 stores, as announced as part of a business turnaround plan last year, with the closures likely to start in 2020.

But will it be enough, or is Debenhams poised to join the ever-growing list of retailers seeking a company voluntary arrangement (CVA)?

In the long term, at least 100 stores would probably need to close

Debenhams currently has 166 stores and employs around 25,000 staff across the UK. The new management team is not expected to close any stores or shed any jobs this year. The primary aim, says the retailer, is to protect as many stores and jobs as possible in the medium term.

The company declined to respond to specific questions from Property Week, but it is understood that the final number of store closures will be decided following the outcome of talks with landlords about rent reductions, with around a dozen of the 50 stores identified for closure expected to shut in 2020.

The new owners will decide on the next steps regarding key issues, including the possibility of a CVA, in the coming weeks.

Whatever the final course of action, it is unlikely to spell good news for the chain’s landlords. In a statement issued following completion of the sale, the new owners made it clear that a major restructure of its estate was on the cards.

“The group has undertaken a thorough review of its store estate in the context of the current and future retail environment and plans to proceed with a restructuring of the estate that, if approved, will result in a significant overall reduction in the group’s rent burden and underpin a sustainable future for the group,” read the statement. 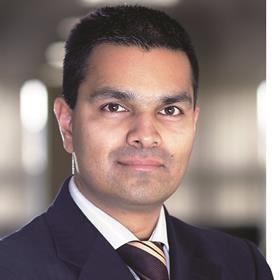 Some experts suggest it could shutter far more than the 50 stores mooted in last year’s turnaround plan. “The current estate is way too big,” says Jonathan De Mello, director, retail consultancy, at Harper Dennis Hobbs. “I would imagine that in the longer term at least, 100 would probably need to close.”

It is a view shared by another retail source, who says: “I’m hearing they may need to close as many as 90. It has to be more than 50 because there are too many problems there.”

Chris Thompson, head of retail location strategy at CACI, says it should be relatively easy to work out which stores are in danger. He notes that the estate is dominated by stores in major/primary centres and regional towns and that there are only a few stores in smaller district/local centres.

“I suspect the closures will closely resemble the type of centres identified by House of Fraser earlier this year – closing value-led major/regional centres, keeping many of the primary premium locations open,” says Thompson.

“Analysis of their estate suggests a number of Debenhams stores are currently in centres that are ‘declining’ across Wales, the North East/West and Midlands – all potentially at risk of closure. Undoubtedly, rent will also have a big part to play, as data from the Valuation Office Agency suggests the majority of their stores are in locations with significantly higher rents in comparison to the rest of the UK retail landscape.”

Whichever stores the new owners end up shuttering, it is not going to be a straightforward process. According to sources, the chain took long leases of as much as 80 years in some locations. These could be reduced to a more sensible 15 to 20 years in a CVA, but landlords are unlikely to agree to reduce them more than this. 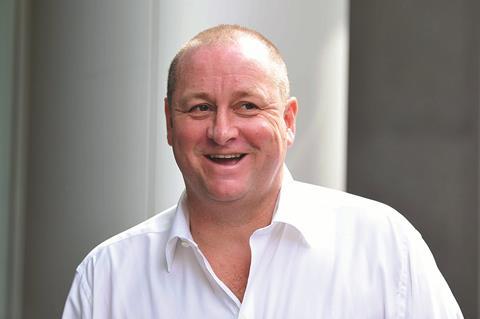 The other problem Debenhams faces is that it occupies some stores with a footprint of more than 100,000 sq ft that are just too large. “There is a question mark over how would they deal with these stores in a CVA – especially in locations where they would be successful were it not for their size,” says a retail source.

Despite such complexities, the source believes: “Debenhams will generally get good levels of support from landlords assuming [the new owners] are not ridiculous in their demands, because outside a small number of stores that might be of interest to the likes of a Primark or a Next as they are currently configured, most would need to be reconfigured or split to satisfy demand from other occupiers – where that demand exists.

“Doing that isn’t cheap and because of their size, some of these stores will have chunky repair issues and maybe asbestos as well, so the cost of fiddling around is going to be significant for landlords in this market and for not a lot in terms of rent.

“As a result, most landlords will probably support keeping them in place because it’s the lowest-cost option.”

Last week, Property Week commissioned proptech firm Datscha to identify the freehold ownership of Debenhams’ estate to see which landlords are likely to be hit hardest by a restructuring of the chain. The data showed that the landlords most exposed to future store closures and a potential CVA are intu, Hammerson, British Land and Landsec.

“I don’t think intu is going to be in a good place,” says a property source. “I think it has Debenhams as the anchor tenant in a number of its schemes. Given the recent House of Fraser debacle and its falling out with Mike Ashley, to have another big anchor tenant closing will put it in a vulnerable position and it might be in for another round of kicking if an Arcadia CVA were to come to light.”

Landlords poised to lose Debenhams as a tenant because of the proposed store closures could be in for an even greater kicking. “As we have seen with the demise of BHS, the knock-on effect of closing department stores is vast, with broader impacts on high street footfall and the surrounding operators,” says Lucy Stainton, head of retail and strategic partnerships at the Local Data Company (LDC).

“LDC’s analysis showed that two years after the final BHS store shut down, 52.8% of the portfolio was still vacant. If Debenhams cannot be revived, the impact on town centres will not just be significant, but lasting.”

That said, De Mello argues that Debenhams is not the draw it once was. Although losing the department store chain would be a blow to landlords, he believes it would be something they could recover from. “A number of stores, such as TK Maxx, now sell lots of different brands,” he says. “I would argue that today Primark is more of an anchor than Debenhams.”

Where the closure of a Debenhams could make a big difference is in relation to the valuation of schemes.

“If you look at the way investors value retail schemes, anchor strength is one of the facets of a valuation and you’re never going to be able to replace it like for like,” says De Mello. “So losing Debenhams is going to be impactful on some landlords, but probably more so on the ones that own covered malls rather than on the high street, where you tend to have fragmented ownership.”

According to one retail property source, it is going to be particularly challenging for some of the private-equity-owned schemes where Debenhams is an anchor tenant.

“Some of these schemes are already sailing close to the wind in terms of their loan-to-value level on the debt side of things, so if Debenhams is paying a chunky rent and all of a sudden it stops paying, it might put some of those landlords in breach of their loan-to-value [covenants],” the source says. “At that point, will we see lenders step in and try and force things?”

This is one of several unanswered questions that a restructuring of the Debenhams chain throws up. But perhaps the biggest question is whether or not the department store model is relevant in the modern world of retailing. Stainton argues that the model is not “entirely redundant” but operators need to evolve their offer to remain relevant in such a competitive retail marketplace.

“The single biggest challenge for Debenhams and other department store chains is having such a colossal fixed cost base in a market that is evolving more quickly than we’ve ever seen,” says Stainton.

It’s a challenge that Debenhams’ new owners need to swiftly get their heads around if they are to create a sustainable future for the department store chain.