Councils step up on regeneration 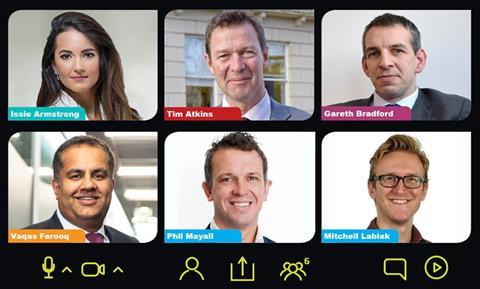 Mitchell Labiak: How can we overcome the disparate ownership of town centres and high streets to regenerate them in a holistic way?

Phil Mayall: The way we tackled Salford Central was to ensure that there was a comprehensive approach to the area. There was detailed planning guidance and a detailed development framework. The English Cities Fund, working with Salford, was the overarching developer, but it wasn’t ever going to be the developer that did everything. So, we engaged with each of the owners and told them that they had a choice. They could either sell the site through the compulsory purchase order that was brought forward, or have the option of developing it themselves, subject to viability tests.

That gave investment confidence to everyone and you ended up with five or six developers working together under the same umbrella. So, I don’t think it’s the case of bringing the physical ownership together, but I think it’s absolutely the case of having a coherent plan.

Issie Armstrong: We at Aviva did a great redevelopment in Redhill. There was no attraction for people to go in to the centre, but a joint venture with a group of developers turned around Redhill and made it a more cohesive town centre that a lot of people would want to go to. The whole heart of the high street was made to be really attractive. That involved getting people in a room and having those conversations to start with before going ahead and putting a plan in place.

Tim Atkins: We have been trying to engage with disparate owners in Cheltenham, but a lot of the buildings are owned by funds and a lot of the funds are not actively involved in the management. But the other issue is, even with a masterplan, I don’t think anyone knows what the solution is to the problems on the high street.

It’s so important to have skin in the game, to be invested in and around town centres, which gives you a different role

There is a real danger that everyone will say: “Well, retail has had it. Let’s try something else.” There is a risk of thinking that we just need to start cramming a lot of residential on the high street, which is the obvious knee-jerk reaction. There’s a different way of tackling this, and central government needs to take a bit of lead.

Gareth Bradford: We’ve invested a fair bit in assembling land in and around town centres over the past few years. We’ve acquired land, we’ve invested in brownfield development sites and we’ve invested in the repurposing of space, for example from retail to residential. We’ve funded the demolition of an old office block in the middle of a town centre to make way for new housing and employment coming through.

Vaqas Farooq: I don’t disagree with Phil that his model with the English Cities Fund at Salford Central worked, but I think it was the threat of taking on the ownership that yielded the results. There was disparate ownership, but threatening to bring it all into one ownership created results. It is exciting for me that people like Gareth are moving in and trying to control more of the high street directly.

ML: How can we accelerate regeneration to make sure that projects don’t end up stalling or being scrapped altogether?

IA: A clear, collective idea needs to be put in place before we start ploughing capital into these town centres. A lot of the time, it is the people within these joint ventures who stall them, so having a really definitive plan on how we are going to use these town centres is really critical. These plans need to be future-proofed, as well.

TA: It’s about how you work together to bring a scheme forward. Because if either party gets too greedy, it ain’t gonna work. That is the overarching problem. You can’t do it alone, you can’t get too greedy and you can’t expect a quick return on your investment.

VF: It’s about ambition. And we’re increasingly seeing a huge amount of ambition from even small local authorities. I’m lucky enough to be involved in a number of schemes on which the WMCA is involved and I see a huge amount of ambition there. Local authorities, particularly small ones, are just beginning to get their heads around direct intervention and underpinning developments. That is no doubt music to Issie’s ears, whose colleagues will be looking for all sorts of opportunities and investments.

ML: How can local authorities balance their desire to regenerate town centres with ambitious zero-carbon targets?

IA: Aviva Investors has just joined the United Nations’ net zero asset owners alliance, which is a statement to say that as an asset owner we will move the industry forward into achieving net zero across all of our portfolios by certain timeframes. There has never really been a concise effort in the investment industry to get to net zero before. It has been greenwashing historically, which is a huge bugbear of mine. However, now we are getting that push from investors, local authorities and from the whole industry.

GB: Regeneration and ambitious net zero-carbon targets are not diametrically opposed. They have to be one and the same. You’re not going to regenerate in and around town centres and give them a long-term future unless you respond to the challenges of climate change.

ML: How much of a role should central government play in funding these sorts of regeneration projects?

GB: Since 2018, we’ve secured millions of pounds from central government for brownfield regeneration and infrastructure funding. We have consistently leveraged that money to secure broader outcomes than was tied to the money. The money was provided to secure new housing supply, but we have also tied to it advanced methods of construction requirements, moves towards zero carbon and increased affordable housing provision.

PM: The more money the better, no matter where it comes from. So long as it is committed long term. If we can get patient capital into regeneration, then we have gone a long way to cracking it. Like Gareth indirectly alluded to, devolve the funding and allow the regions and the local authorities to redirect it. What Gareth did is a perfect example of a local authority knowing what they need to do with the money and what they need to achieve and doing more with it.

Find out more about Shoosmiths