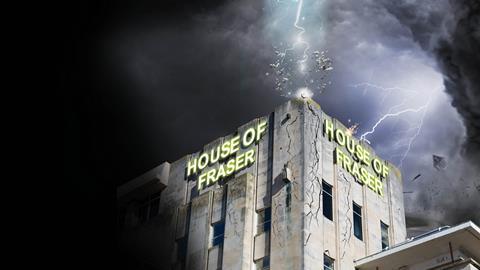 Another week, another CVA.

This time it was the turn of department store chain House of Fraser (HoF) to attempt to turn the screw on landlords as it sought to close some of its weaker-performing stores and renegotiate rents on others. The CVA is due to be completed next month and if creditors and restructuring advisers from KPMG agree, HoF will pull down the shutters on stores early next year.

Since December last year, Love Coffee, Toys R Us, Carpetright, Select, New Look and Byron Burger – to name but a few – have all sought and secured CVAs, closing stores in the process and/or reducing their rent roll. This has dealt a bitter blow to landlords who are already struggling to cope with growing vacancy rates as the chill wind of change blows across the nation’s high streets, shopping centres and retail parks.

But what is behind this flurry of CVAs, are some retailers and food and beverage (F&B) operators guilty of taking advantage of the system and what – if anything – can retail landlords do to minimise the damage to their estates?

It is not unusual to find retailers and F&B occupiers looking at restructuring plans early in a new year. As Ian Fletcher, director of real estate policy at the British Property Federation, explains: “The first quarter is always tougher. In the retail trade, if an operator has had a bad Christmas, the first-quarter rent comes along and the challenge is: can you pay this or not? The F&B market also tends to have a fallow period between Christmas and Easter.”

The names of some of the operators that have sought CVAs have not been particularly surprising either. Analysts have known for some time that these retailers needed to significantly restructure their businesses, which have failed to adapt to retail trends – particularly the rise of online shopping.

With F&B, the issue has centred more on operators expanding too rapidly, on the basis that leisure spending was seemingly immune from the fallout of the global downturn. But a combination of business rate, wage and rent increases means these F&B operators are unable to profitably sustain these enlarged estates.

There is little businesses can do to reduce rates or wages, but they can make savings by closing stores and reducing their annual rent roll via a CVA.

Unfortunately, however, it appears that some occupiers are abusing the system, with CVAs “increasingly used by companies to extract themselves from property contracts they willingly entered into”, says Mark Williams, president of Revo.

“As a result, property investors – often the very pension funds of many of the shop employees – and the shop staff lose out, while the owners of the business take no direct pain. It also creates an unfair playing field for retailers that have traded successfully and stick with their contracts.”

Stephen Springham, head of retail research at Knight Frank, agrees that we appear to be “drifting away from the [original] premise” upon which CVAs were conceived. This premise, he says, is that a highly distressed operator with an otherwise sustainable business model can stave off administration or liquidation by renegotiating its liabilities.

“However, rather than the last resort, it seems increasingly to be a strategic option – almost a ‘lifestyle choice’, rather than an absolute necessity with no alternative,” says Springham.

While many retailers and F&B occupiers that have sought a CVA are in genuine trouble, some appear to be using the agreements “too pre-emptively and almost as a hedge against an expected worsening economic climate after Brexit”, believes Jonathan De Mello, head of retail consultancy at Harper Dennis Hobbs.

To date, landlords have borne the brunt of this trend. Although they do have a say in the CVA process, the collective voting power of landlords may not be as big as that of other creditors and they often find themselves in an invidious position.

“Landlords are in a difficult place as they need to balance voting ‘no’ to the CVA with the retailer potentially failing and getting no rental income if they do,” says De Mello. “Landlords in secondary centres have little choice but to vote ‘yes’ for a CVA as they aren’t in a strong position, given that typically there aren’t huge amounts of retailers knocking at the door for such centres.”

The CVAs successfully completed in the past few months have produced a mixed bag of outcomes. While some operators have managed to get back on an even keel, others, such as Toys R Us, have fallen by the wayside.

At the moment, uncertainty surrounds how landlords will vote in the HoF CVA – compounded by the unusual way the department store operator outlined its plans via a stock market statement that revealed a potential new investment in the business by Chinese footwear giant C. Banner, with any deal conditional on the CVA being approved.

The BPF, for one, takes umbrage at the way the details were released. “Over the past few months, landlords have supported several CVA proposals, where discussions have taken place before the restructuring has gone public,” says Fletcher. “This allows for a constructive dialogue, but House of Fraser has not followed this best practice. So we think the understanding landlords have shown on a couple of previous CVAs will be absent because of the way this has been handled.”

For now, the UK’s biggest retail landlords are keeping their cards close to their chests about how they might vote in the HoF CVA. British Land, Landsec and Hammerson were unavailable for comment.

Intu was more forthcoming. “We’ll have to wait and see what comes out,” says intu chief executive David Fischel . “If there is redistribution of value away from landlords, we need to be very clear where it’s going and why. You can’t be for or against CVAs until you look at them on the basis of the detailed terms. If a store is profitable for a retailer, we don’t see why we should take a rent reduction on it and we’re not frightened of an administration.”

Fischel points out that as a result of the BHS administration, intu took 10 stores back and “let them all to better traders and – on aggregate – on higher rents”. 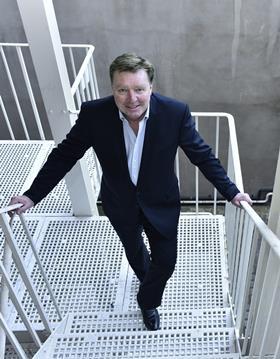 Time to call a halt on CVAs

Chris Geaves, chief executive of national retail park manager Sovereign Centros, told Property Week he plans to call upon the BPF and government to halt the increasing use of the CVA process

”As chief executive of a successful and very active asset management and development management business where we have some £2-3bn of retail assets under management, we as are a number of landlords, extremely concerned at the lack of activity by the government in taking any action against retailer companies using the CVA process as a loop hole to break binding lease commitments. Driven by firms of accountants for their own fee income benefit, the CVA process is becoming a daily occurrence which needs to be halted,” he says

“The breaking of legally binding commitments and “dumping “ stores without any recourse makes a complete mockery of the whole legal system when a retailer signs a lease.  What makes it worse is that more often than not these retailer companies are profitable in their own right, but are using the CVA process to “ dump” the less profitable or problematic stores. Many of the retailers will have taken financial incentives along the way as contributions to fitting out stores and none of this money ever comes back to the landlord.”

It is too early to predict accurately what the fallout from the HoF CVA might be. Knight Frank’s Springham notes that the business has a “solid core” of around 15 very profitable stores in places such as Bluewater and Meadowhall, an “acceptable band” of around 15 stores in locations such as Maidstone and Leamington Spa and an “ugly tail” of unprofitable stores that it no longer wants.

“I would say the ‘ugly tail’ comprises around 15 to 20 stores and I would tentatively venture that this will be the scale of closures,” says Springham. “A number of the former Beatties stores definitely fall into this bracket – for example those in Wolverhampton, Aylesbury and Birkenhead.”

The only certainty about the HoF CVA is that stores will close if the deal is approved by creditors. It is also highly likely that further deals of this ilk will occur over the coming months.

“A restructuring exercise is needed [by some retailers and F&B operators], so others will be looking and contemplating if this is something they can use or not,” says the BPF’s Fletcher.

De Mello agrees. “We have seen an incredible number of CVAs this year compared with prior years and there will undoubtedly be more – particularly in the casual dining sector.”

There is already plenty of market gossip about which brands might be next to plump for a CVA, with Arcadia and Mothercare mentioned by a number of different sources.

It remains to be seen which retailer or F&B operator will be the next to explore the CVA option, but property pundits unanimously agree that it is a matter of when and not if the next one occurs.