Dawn of a new ice age

Cold chain storage – the network of warehouses that keep products cold or frozen throughout their journey from producer to consumer – is on the rise in the UK. 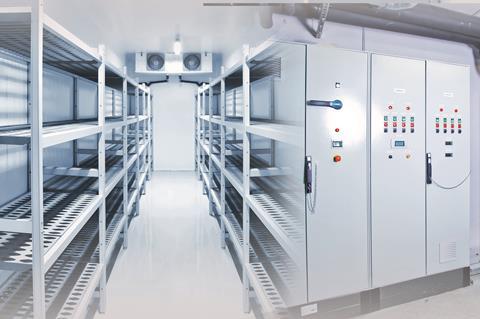 With deals in the sector usually done on a build-to-suit basis, this pre-let on a refurbished unit shows the market’s maturity and Cold Chain Federation chief executive Shane Brennan says that a “global race for space” is now under way in the sector. “Cold chain businesses have spent the best part of 20 years in a market where customers could probably take or leave their services. Now, that is changing,” he says.

Richard Sullivan, national head of industrial and logistics at Savills, also notes “an increase in demand and in requirements”.

So what exactly is driving this surge in demand for cold chain storage – and will it prove temporary or is this a long-term trend?

The cold chain industry is so specialist it is hard to quantify how much it has grown in recent years and how much it will continue to grow – the data is simply not available.

Whatever the current size of the sector, it seems inevitable it will increase in the event of a no-deal Brexit, the argument being that if businesses stockpile, they will need warehouses where products – particularly food and pharmaceuticals – can be kept cold.

While the political events of the past few years initially slowed NewCold’s development programme, they have ultimately turned out to be an advantage. “Because of Brexit uncertainty, we restarted negotiations with potential customers and that led to us signing two agreements,” says Piet Meijs, vice-president of business development. “NewCold is very much in growth mode.”

NewCold, which specialises in food storage, will use its Corby site to develop 637,589 sq ft of bespoke temperature-controlled facilities. It hopes to have planning secured this month and be on site in October. It focuses on frozen storage and temperatures in its units are as low as -26°C. This means many warehouse processes are automated using specialised equipment to avoid workers spending long periods in the freezing cold.

Rather than building speculatively, NewCold’s model is to find one or two large clients to sign long-term contracts with and then build a facility to service them. “They are bespoke builds,” says Brennan. “Developers and builders have tended in the past to be reluctant to get involved in cold chain because it’s so specialist.”

Another difference, adds Meijs, is that customers increasingly want to be able to keep more “safety stock” in warehouses because “the supply chain is going to be longer, due to extra border controls and additional paperwork”.

This represents a big shift in the way the supply chain is typically managed. “In a ‘just in time’ world, frozen storage doesn’t fit very comfortably. But in the ‘just in case’ world we now find ourselves in, it undoubtedly does,” says Sullivan. “Having a facility where you can hold stock back ensures that you never get a sudden rush of demand that you can’t deal with.”

However, it is not all about Brexit stockpiling. Another factor in the rise in demand for cold chain storage is the rise in the popularity of frozen food. “The fundamentals of the frozen food market are driving interest. It has strongly outperformed the rest of the retail market for about four years now,” says Brennan.

A third factor is Covid-19, which at the start of the pandemic prompted businesses to think about stockpiling but also led to a sharp rise in home delivery, which looks set to stay.

When Gousto secured its Essex facility in August, its chief executive and founder Timo Boldt said sales had gone through the roof. “Demand for our meals accelerated as a result of lockdown,” he said, adding that it wanted to increase its capacity “at least threefold” by 2022.

He describes it as a “replacement” market, with plenty of room to innovate. But there are challenges that will need to be overcome.

First, many property investors are not convinced when it comes to cold storage. “It involves a huge amount of plant equipment, so landlords worry about what happens if the occupier goes bust,” says Sullivan. “The equipment is of no use to them, and the property can be hard to re-let because it is configured for that particular use.”

It might be that private equity investment in the companies themselves is the way forward, as in NewCold’s case. Its main shareholder, Westport Capital Partners, is a large US private equity firm. “Where investors are getting involved in the frozen sector, they tend to invest in the actual business,” says Sullivan. “In the US, there are big REITs exclusively invested in the frozen market.”

There are also planning hurdles to getting cold chain warehouses built, as well as a lack of developers and construction firms with the specialist skills to build them. Meijs says the main issue NewCold comes across when trying to develop new warehouses is height. “Because we build warehouses with a high level of automation, we want to be able to go to at least 40 metres,” he says. With the average height of a warehouse coming in at around half that, it can be hard to secure planning permission.

The issue of climate change also looms large. “A lot of existing stock is obsolete due to incoming legislation on environment and sustainability issues,” says Sullivan.

While replacing old stock is an opportunity for the likes of NewCold, operators have to think several steps ahead of the game to guarantee future resilience. “The existential challenge is how to deliver cold chain in a net-zero world,” says Brennan. “There is no carbon-free way to keep things cold at the moment.”

But he adds that efficiency has increased and a warehouse built now would be up to six times as efficient as one built in the early 2000s.

If high-profile deals such as the NewCold and Gousto acquisitions are to keep on coming, investors and developers will need to adapt and modernise their products.

But together, the appetite for stockpiling due to Brexit and increased customer demand for frozen food represent a huge opportunity for the cold chain industry – and one it can’t afford to waste.