Last month, Property Week, in association with Yardi, hosted a digital think tank entitled: ‘How do the Dublin and London build-to-rent markets compare?’ 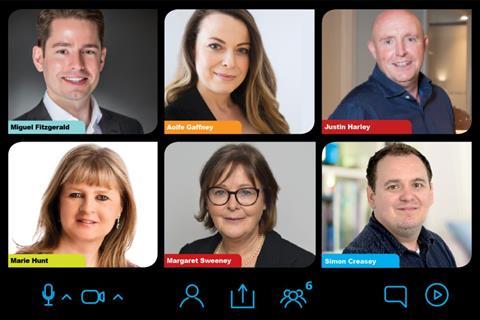 A panel of experts discussed what is driving the growth of the BTR market in Dublin, who the major players are, where in the city activity is most focused, what local renters want when it comes to facilities and amenities and what role technology will play in the evolution of the sector in terms of on-boarding, service provision and managing the customer relationship.

The build-to-rent (BTR) market in Dublin is still in its infancy, but last year residential accounted for 48% of total commercial real estate investment in Ireland, according to figures from CBRE. This is the first time it has accounted for the largest percentage of property investment in Ireland, eclipsing offices and industrial and logistics. So, what is driving the growth of the sector?

Hunt: We have a chart looking at the split of investment over the years, and the first time multi-family residential – which is what we call it in Ireland – started to appear was around 2012-13 and that is when some funds started to buy residential. It was not purpose-built rental stock; it was stock that was cheaper than it would have been before the crash that we had, so they could see the value. To be honest, we did not know what the term multi-family meant at the time.

Over the last few years it has become much more professionalised with players, such as people on this panel, coming in and delivering purpose-built stock. It has gone from zero to 100 in a very short space of time, but it is very important to say that it is still only a tiny fraction of the market – it is less than 4% of our rental stock. However, a lot of the deals have been high-profile, so the assumption is that it is a bigger sector than it actually is.

What is driving it is a combination of things. Ireland’s demographic is the main driver. We have such a large growing population and a large number of multi-national employers, particularly in Dublin. And if you look at the age profile, it is typically 25 to 44 – I think we have the highest proportion of 25- to 44-year-olds in the EU – and a lot of this population is transient, so they are not looking to set down roots and acquire housing, they are looking to rent.

Sweeney: I think one of the drivers is that for the first time we have a generation that is not emigrating in Ireland. We have a very young, well-educated population who are not actually emigrating, and that has given a really strong economic resilience to the economy.

Harley: I am really interested that in Ireland, they have had the common sense to call it multi-family. In the UK, UKAA is still trying to work out what to call the sector. While we call it BTR, there is still a bit of a debate over it – is it multi-family, is it something else? Our customers are doing more and more in Ireland and it is such an exciting market for us. It is such a vibrant place and you can see the population explosion, you can see the tech businesses are there; having done a few tours around developments in Dublin, they are really high-class developments.

Who are the major players in the local BTR market and how much overseas interest is there in entering the market?

Hunt: By our reckoning at the end of last year, there were about 15,500 units in institutional ownership and the two big players are Irish Residential Properties REIT and Kennedy Wilson, and then there are lots of other smaller players. The fact that a few people in the top 10 list of biggest multi-family owners probably only have a couple of 100 units shows you how small this market is in size terms.

The market is at an early stage, particularly for institutionally owned and managed PRS

However, we are continuing to see new entrants coming into the market. The bit that is missing is that we absolutely need international capital, because it will help us deliver some of the supply we need.

Sweeney: I think the market is evolving and it is at an early stage, particularly for institutionally owned and managed PRS in Ireland. It is probably starting to shape up into three core groups at this stage. One group would be what I call the investors and operators like ourselves and Kennedy Wilson. There are also more recently the larger-scale pension and insurance funds, which are coming in as investors and are more focused on developments under forward commitment transactions. The third group is housing bodies, which are in the market actively purchasing residential stock for social housing.

In terms of activity that has taken place so far or is about to take place in the city, are there areas where this activity is being focused?

Sweeney: A lot of our focus has been around the perimeter of the city. There has been a lot of new apartment development in the core city centre that came out of the ground and was available for renting in late 2019 into early 2020. Due to Covid and remote working, some of that actually has been challenged in terms of renting out. In terms of the periphery of the city, areas such as Sandyford and Tallaght, which have very good light rail links to the city centre, are quite strong in terms of demand. So, public transport infrastructure is a key factor in terms of location.

We use that expertise, thought process and customer service and we localise it to each market

Fitzgerald: We would agree that being on the light rail and having access to work nodes is important. We particularly like the Docklands and the Sandyford districts – those would be our two favoured work centres. Our focus at the moment is to build a scale portfolio within Dublin, but in time we would absolutely look at the other cities within Ireland, particularly from a student housing focus. So, from both a BTR perspective and a student housing perspective, we could get comfortable with other cities in Ireland eventually, but you are likely to see us doing two or three more deals in Dublin first in the PRS space.

What are the main differences between the Dublin and London BTR markets and what do local renters want?

Fitzgerald: We have a marketing team in-house that do assessments on a scene-by-scene basis, and we use that expertise, thought process and customer service that was built out of the US and we really hone it and localise it to each market. So, we would take Dublin as a whole and look at the major local driving factors in relation to international tech, pharma and the leasing cohort, which is young executives for the most part. If you were to look at amenity provision, some things are almost a given for that cohort, like gyms, but other amenities only suit certain building types and tenant pools. So you might have a cocktail bar or rentable sky-lounge or something like that in some of the more city-centre locations, whereas you might focus more on family-type provisions in some of the suburban settings – so outdoor play areas etc. 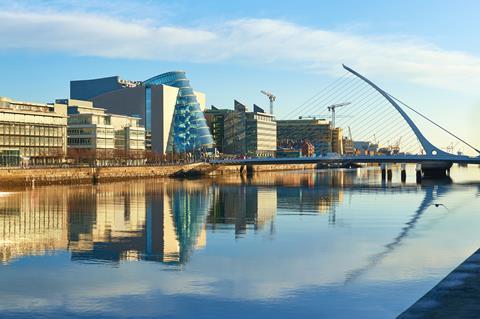 During Covid, there has been a huge spike in pet ownership in Dublin – particularly dog ownership – and it is something we allow within our building. So you might have a dog-grooming facility within the scheme and that gets people excited because they do not have to wash their dog within their own unit and be worried about muck and filth dragging through the house. It is about tweaking your offer to your exact location, but also to the end user. At Dublin Landings – the asset we have in Dublin – we have a lounge and co-working area and we have a gym. We are finding that the gym – when it has been allowed to be open – is used to its full potential.

Hunt: I think it is interesting that a lot of the developments we have seen in the last year have taken a lot of guidance from the

US as opposed to the rest of Europe. So things like the dog-grooming facilities and all these things we previously might think would be crazy are maybe not so crazy anymore. I think the key thing is not to assume what the local population need. Flexibility is key. There have been examples of schemes where they have put in a cinema or they have put in high-spec facilities and then they find the target market do not actually use the amenities.

Gaffney: I think Dublin could learn a lot from the BTR sector in London. Residents expect a professional service. It is no longer your one-on-one rental with a private landlord. Essentially, they are the client and we have to provide a service. They want the experience to be seamless and most things included: utilities, waste disposal, office space, gym facilities – think hospitality.

Harley: That is a really good point about service. I think that is something residents increasingly want, but I think London is still learning; it is still quite an immature market itself. The BTR market in the UK – not just London – is 70,000 units. I know, there is a lot in construction in the pipeline coming down, but it is still relatively small and while that is forecast to grow exponentially over the next 18 months as units meet practical completion, people are still learning.

Technology will play a crucial role in the on-boarding, management and maintenance

Moving forward, what role will technology play in the evolution of the BTR sector in Dublin, in terms of on-boarding, service provision and managing that customer relationship?

Gaffney: Technology will play a crucial role in the on-boarding, management and maintenance. For instance, we are about to go live with a new platform and customised app whereby through a few taps on their phones, residents can not only report an issue, but also be put in touch with a contractor directly. So again, it is about giving them a better service.

There is also the community element. Here, tenants will have a Grayling perks card on the app connecting them to local businesses, wellness resources, live transport times, within-building forums, providing an all-round greater experience – and technology will be a huge factor in that.

Harley: I would say technology is going to be absolutely fundamental. If you think how we do things today – from how we find an apartment through to the process of signing a lease – the technology exists to make it a completely seamless digital experience. Touching every part of the BTR lifecycle, this includes building a brand, marketing properties and available units, engaging and nurturing prospects, implementing convenient transaction technology and ensuring resident loyalty by engaging them with their landlord and their community.

Find out more about Yardi